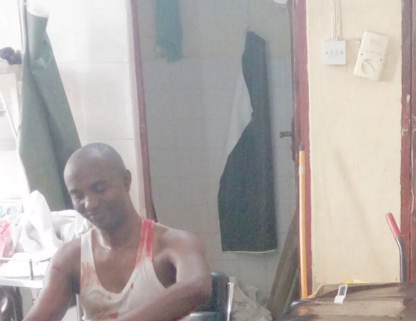 Feb 5, 2016 – Pictures: Nigerian Doctor Shot In The Head By Police During Protest In Imo State In Coma

A peaceful protest by the Imo Chapter of NMA turned bloody yesterday after policemen shot into the  midst of doctors who had embarked on a protest to the Government House to lodge their complaint over alleged impunity in Imo State Healthcare sector.

The doctors, accompanied by policemen, had marched peacefully until they got to the Warehouse Junction. But without warning, policemen, who formed a barricade ahead, fired canisters of teargas at the doctors, forcing them to retreat. Dr. Bede Azudialo, a consultant family physician, was shot in the head.

He was immediately rushed to an undisclosed hospital. 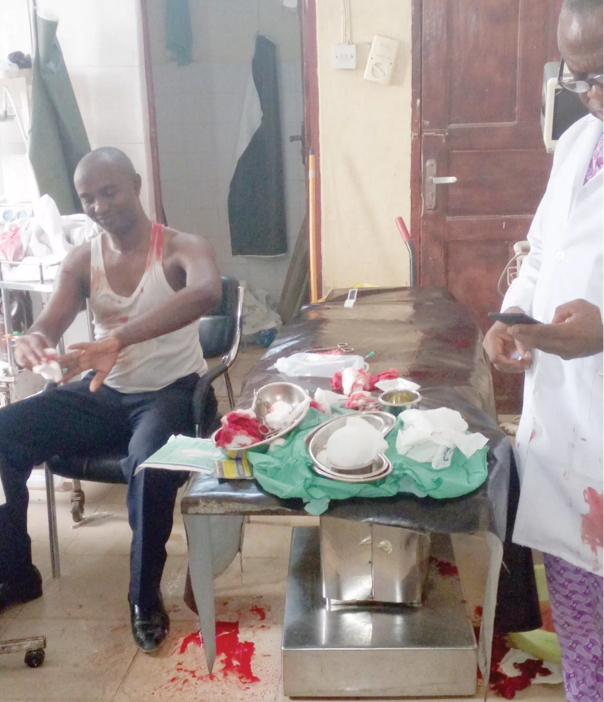 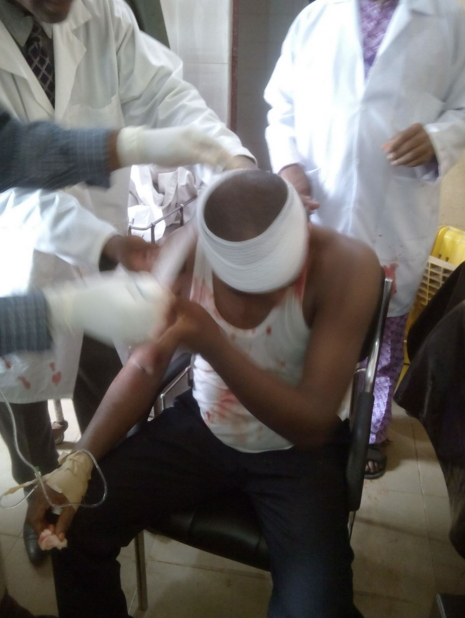 Dr. Azudialo has been moved from the emergency unit to the Intensive Care Unit, having lost 1.5 litres of blood.