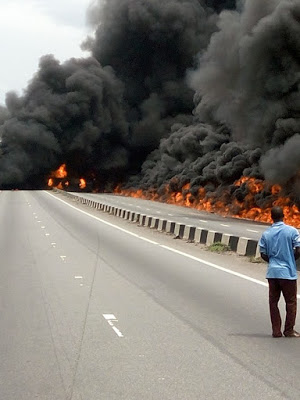 Here are the photos from the scene of a tanker explosion that happened on the popular Benin-Ore expressway in Ondo State today. 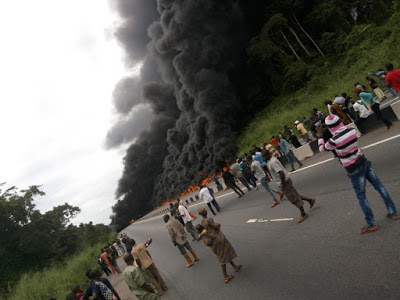 The driver lost control on reaching Ofosu village along the expressway, ran into a ditch and caught fire.

The tanker driver and a passenger were burnt beyond recognition while the third passenger is presently being treated at Ore General Hospital.

Eyewitnesses blamed the tanker driver for the incident that caused traffic gridlock on the popular expressway. 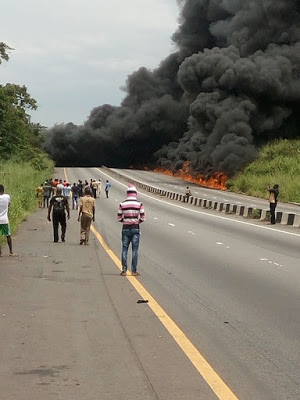