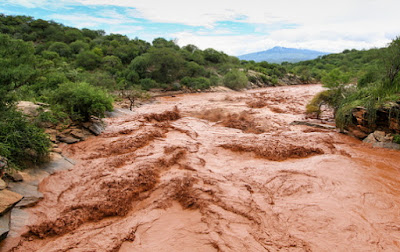 The Ethiopian Government said today that flooding caused by heavy rains had killed no fewer than 100 people in the country since mid-April.

Government Spokesman, Getachew Reda, said in Addis Ababa that the death toll stood at 50 on Tuesday but did not give reason for the rise.

He said that among the dead were 32 people killed by mudslides caused by rains in the South earlier in the week.

“Floods have also claimed lives in other parts of the country.
“More than 1,000 cattle were killed as the flood damaged hundreds of hectares of farmland,’’ he added.

Reda said that the government had started relocating people from flood-prone areas.

He said the rains were believed to be related to El Nino, a climatic phenomenon, which had also caused drought in Ethiopia, leaving an estimated 10 million people in need of food.

Continue Reading
You may also like...
Related Topics:ethiopia, mudslides, rainfall