Mrs Oby Ezekwesili-led Bring Back Our Girls group of protesters were today banned from entering the Presidential villa in Abuja.

The group had earlier declared a 14-day line up of activities to force Buhari to act quickly on the rescue of the missing Chibok girls but on getting to Aso Rock entrance today, the protest was halted as policemen and DSS operatives stationed at the gate barred the marchers from entering Aso Rock. 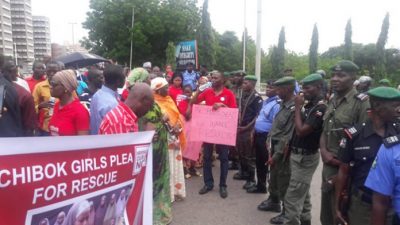 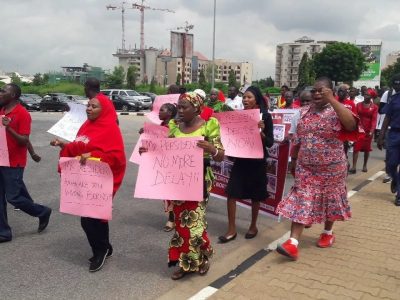 Oby Ezekwesili who was once a Minister should keep in mind that for security purpose, protesters can’t be allow to march into Aso Rock to see President Buhari.

She is better off arranging appointment with Mr President first.

We hope for the safe return of the missing girls.