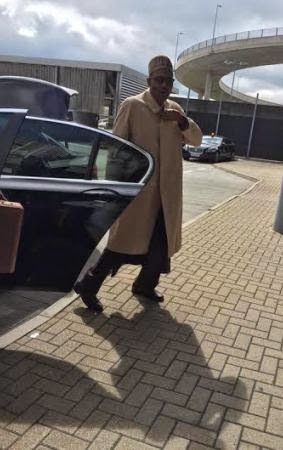 May 22, 2015 – Pictures: Buhari Boards Overnight Flight To London, Diezani Denied Chance To Speak With President After Booking Herself Into Seat Behind Him

Sources on the plane said Petroleum Minister Diezani who was scheduled to speak in the UK next week changed her plan when she got to know Buhari will be travelling to the UK  yesterday.

The petrol madam reportedly booked herself into a seat directly behind Buhari.

Trouble started on the plane when the madam who was in seat 3K left her seat to 2K where Buhari was seated to spark a conversation with him. However, her plan failed as the President only nodded and let her get back to her seat without permitting any dialogue.

She reportedly tried several times during the 6-hour flight but Buhari snubbed her.

When the airline crew announced passenger disembarkation, Buhari asked if Diezani had any of her bags in the overheard compartment so he could step out of her way. It then turned out she had occupied the entire overheard compartments with several of her carry-on bags, traveled with two of her aides also in First Class. Buhari was reportedly traveling with only one aide.

Other dignitaries in the First Class Compartment included Hakeem Bello Osagie who seated on 4k behind Diezani, Segun Awolowo, Senator Philip Adida and Sam Amadi, the Chairman of the National Electricity Commission.

Details of Buhari’s overnight trip to London was not revealed. 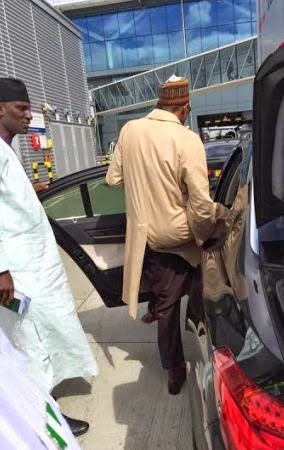 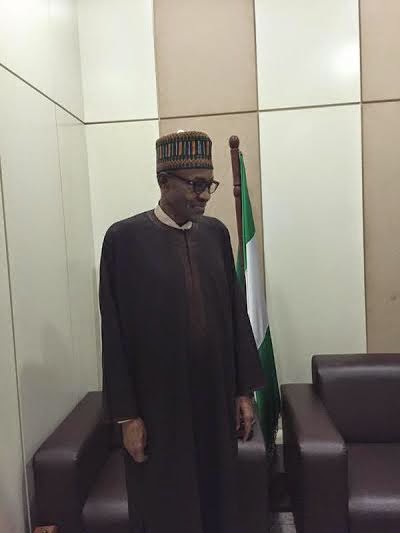