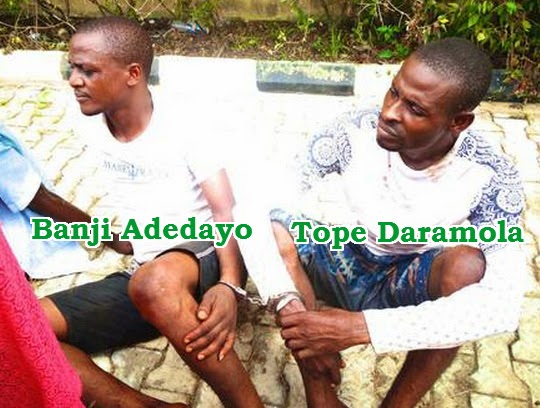 Pictured above is 40-year-old Banji and 45-year-old Tope who are leaders of a criminal gang terrorising residents of Akure in Ondo state since early March 2015.

The incessant robbery attacks police believed the two are responsible for started shortly after they escaped a jail house in Ekiti back in November 2014.

They were caught alongside other robbers during a fresh robbery in Ondo state and paraded today.

Check out photos of the other criminals