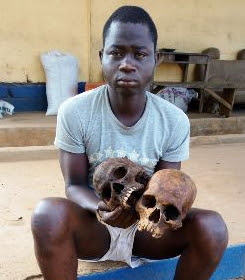 After his arrest, the suspect told police he specializes in exhuming dead bodies for rituals. 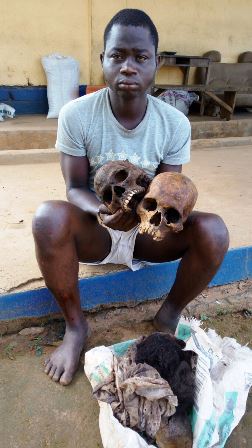 He has been taken to SCID office at Eleweran in Abeokuta for investigation.