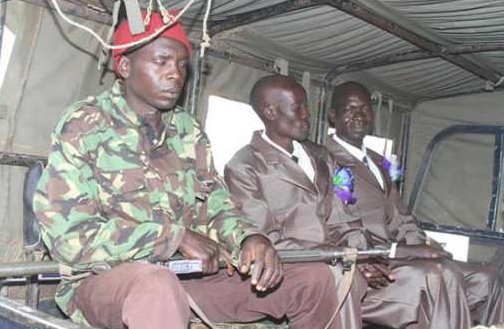 Wedding guests at the ‘Power of Jesus Around The World’ church in Elburgon Kenya were surprised when police officials suddenly showed up to arrest one of the celebrants.

The man pictured above was arrested on Saturday, the 28th of November 2015 after his estranged wife reported him to the police.

The woman identified as Lydia Achieng (pictured above) said she’s still legally married to her husband and they’re even blessed with two children. Lydia said her hubby started behaving strangely before he varnished into thin air. She only got to know of his wedding late Friday night. 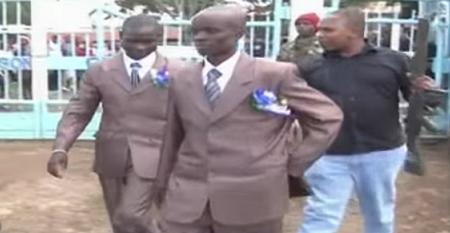 Hehehe…See the look on the Oga soldier’s face.