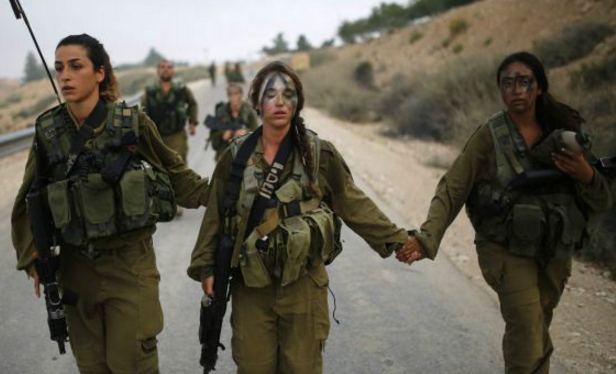 Young Muslim girls are joining the fight, on Israel’s side. These courageous young women have a unique and important story to tell, and together with a growing number of Christian Arab girls, they are breaking new ground joining ranks with the Israeli army; ‘Breaking Christian News’ has reported.

When Private ‘A’, one of the Muslim girls now serving in the IDF decided to enlist, her parents refused to support her. She had to leave home and received support from the army as a lone soldier. “I need to support myself,” she says, “and it’s really difficult, even with the help I get from the army.

It is rare for a Muslim girl to join the army, because our families will not accept it. Even so, I would still recommend others to enlist. It is a great, life-changing experience.” Private ‘G’, a devout Muslim, grew up in a Jewish neighbourhood. She decided to enlist after she saw all of her neighbours going to serve. “The army is an important part of everyone’s life in my neighbourhood,” she explained. “I wanted to serve just like everyone else. I want to give something back to Israel, my country.” 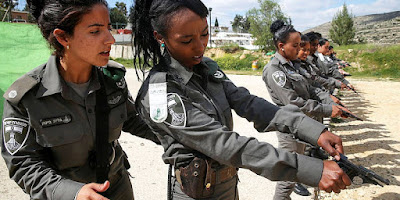 She added that her mother has been very supportive and sends her regular letters for moral support. “Mom said that she would have enlisted also if it had been possible when she was my age.” According to Private ‘G’, recent tensions in Israel caused by young Muslims running through the streets attacking Israeli soldiers with knives did not influence her commitment to serve in the army. “I am so angry, just like the other soldiers, with these attacks. I am angry that anyone would try to harm these soldiers who are supporting me,” she said. Private ‘S’ also grew up in a Jewish neighbourhood. 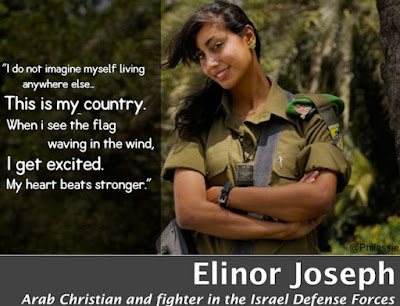 “My whole life I went to school with Jewish girls, so I wanted to finish high school, and enlist in the army, just like my friends,” she noted. “I have never been ashamed of my [Muslim] faith, not even in the army. I wanted to enlist because it is my duty to serve and protect my country,” she added. “I want to serve in a way that makes a significant contribution.”

According to Private ‘S’, the army allows her to practice her religious traditions during her army service. “They allow me to go home during the Muslim Ramadan fast, once a week to be with my family,” she explained. “Some may think it is strange, but at home we actually celebrate some of the Jewish holidays like Purim.” Corporal ‘M’ is a Christian Arab serving in a sensitive operational unit.

“One day I saw a group of girl soldiers walking by carrying machine guns. I asked them about their army service, and it sounded really interesting. I didn’t even know where one would go to sign up, so they told me what I needed to do to enlist,” she recounted.

“After I enlisted,” continued the corporal, “I was walking around the [Arab] neighbourhood where I live in uniform. When people saw me they deleted me from their Facebook and erased my number from their telephone. It was very hard, but a few friends still supported me, and I have made a lot of new friends in the army,” she shared.

All the young Muslim and Christian soldiers say that other girls are asking them about enlisting too. “I tell them that I feel like I am doing something important for my country,” said Corporal ‘M’. “And when I explain to the Jewish soldiers why I decided to enlist, they all show real respect for the decision that I made.”