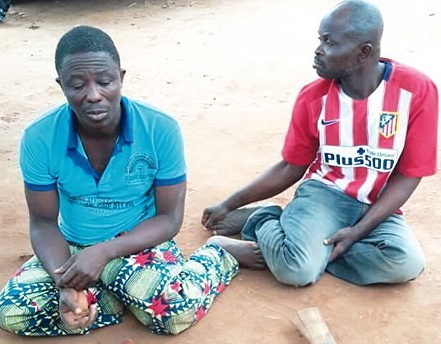 The founder of Elohim Cherubim & Seraphim Church in Ogun state has been arrested for allegedly leading a robbery gang who robbed residents of Idiroko Oke Adan area of Ogun State.

45-year-old Pastor Joseph Olude, a father of 5 and a church member Rasak Raheem were picked up few days ago as other gang members varnished into thin air. 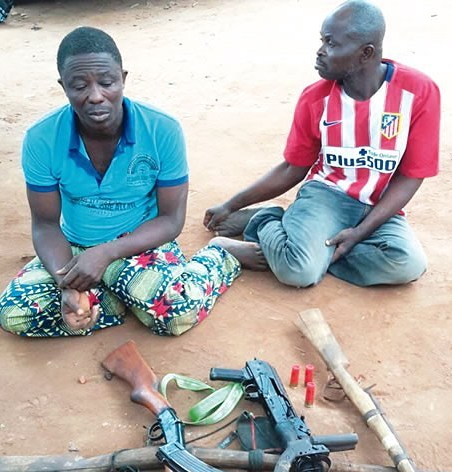 The suspect allegedly told police he was not a member of the gang. He said the four gun found in his church premises were meant for his personal protection.

He is currently cooling off in police detention.

Woman Falls Into Well At Ansar Ud Deen Mosque In Ilorin Kwara State, Corpse Removed 24 Hours After
How Innocent Nigerians In Indonesia Are Being Set Up For Drug Trafficking & Executed Without Mercy