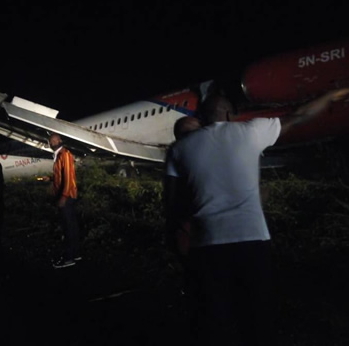 All the passengers in an aircraft operated by Dana airline at the Port Harcourt International Airport have been evacuated safely after the airplane skidded off on an icy runway tonight.

The aircraft which flew into Port Harcourt from Abuja unintentionally overshot the runway and landed in the bush.

The incident was said to have been caused by heavy downpour. 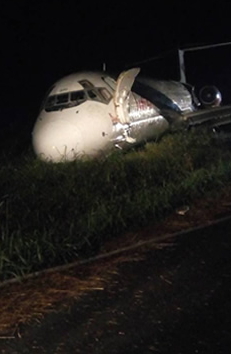 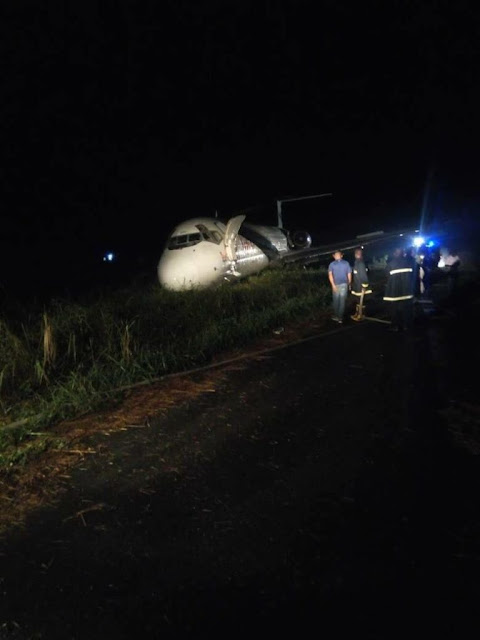 No casualty was reported in the incident.

However, some passengers are been treated for shock due to the high speed with which the aircraft landed in the bush.