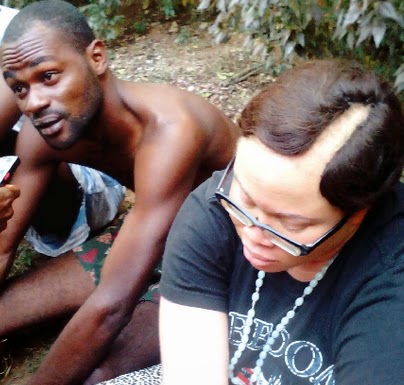 A suspected kidnapper who arranged the abduction of his girlfriend, Belinda with the intention of extorting money from her family has been arrested by the police in Delta State.

The suspect simply called America, confessed that he needed money to settle his house rent and organize their marriage.

“I am from Abraka in Ethiope East Local Government Area of Delta State. I am 30 years old. I told my girlfriend’s family lies. I informed them that their daughter had been kidnapped. We called her mother and demanded N500,000 ransom and she paid it. My girlfriend and I agreed and arranged the kidnap story. We wanted to use the money to get an accommodation so that I can settle down and marry her. 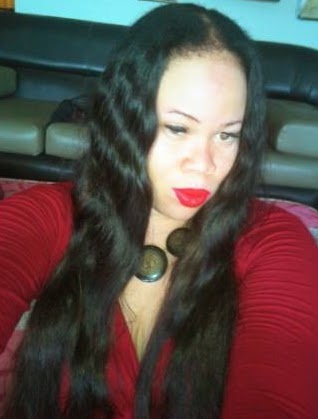 “I really regret my action because it was my girlfriend who gave me the idea. She gave me the telephone number of her mother, so we stayed in my room and put a call to the woman and she started panicking. I still loves my girlfriend, but I am afraid if she still love me. I have brought a big disgrace to my family and the nation. If I am freed, I will pay back the money three times. I read Computer Science at the Institute of Management Technology, Enugu.”

Belinda, an albino, is also being interrogated by the state police command for arranging her abduction with the intention to collect money from her family.

She said: “I was very open to the press, I told them the truth but the following day, they posted my story on the Internet. I have dragged the name of the family in the mud. I am broken and I don’t think I have life anymore. I am not even eager to leave the police cell”

Belinda’s mother, Beatrice Bosa, had reported to the police that her daughter who resides in Lagos, was traveling from Lagos to Abraka in Delta State and she was kidnapped by hoodlums.
She said her daughter had claimed her abductors were demanding N.5 million ransom.

Sequel to the report, the Special Anti-Kidnapping Squad, Asaba, swung into action and arrested America at Oyiobo, Port Harcourt, Rivers State, after withdrawing the ransom, which was paid into his Ecobank account in Port Harcourt.

Commissioner of Police, Delta State, Alkali Baba Usman, said the victim, on leaving Lagos went to her boyfriend in Port-Harcourt where they planned to inform her parents that she was kidnapped.

Crime Watch Today learnt that Belinda’s parents are still very sad and could not believe their “decent daughter” would be involved in such a mess.

The state police spokesperson, Celestina Kalu, told Crime Watch Today that “the girl kidnapped herself and made her widowed mother to pay N500, 000 ransom. She was trying to raise the money for her boyfriend.

Police got to track down the suspects using the account number and telephone number to burst the crime.”