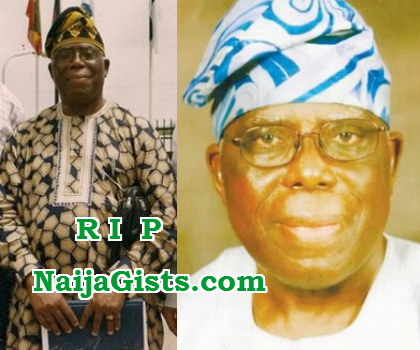 The suspects narrated how they allegedly strangled the octogenarian to death in his own home. 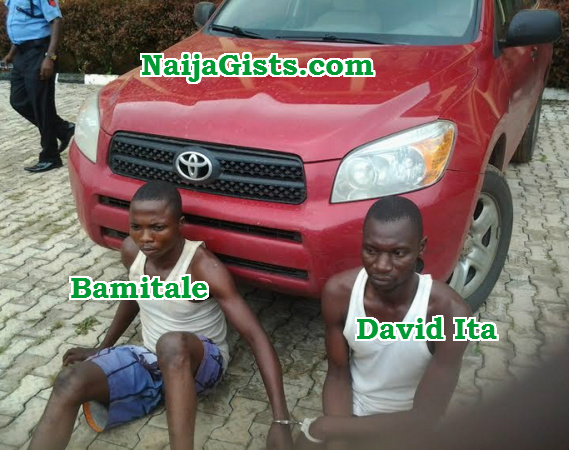 The suspects identified as Daniel Ita from Cross Rivers State and Olayemi Bamitale from Ekiti were paraded by Ondo Police Command today in Akure.

The partners in crime were arrested in Ogun State and transferred to Ondo State.

The two suspects said they killed the 78-year-old man and raised false alarm about his kidnap.

The driver of the deceased, David Ita was sacked by the deceased after he took away his Toyota RAV4 Jeep during Easter celebration. He later conspired with his security guard, Bamitale to kill him.

Bamitale who told police the deceased was very nice to him blamed the driver for luring him into the evil act.

“After he told me about an herbalist on phone, Ita asked me come to the house at Ijapo estate on Sunday by 9pm. When I got to the place, he told me that he had met his herbalist who told him that if we want to take that the deceased car, we must ensure we killed Baba and that he must take away some sand from that house so that there won’t be any problem after we might have killed him.

“When I asked him that how are we going to call the Prof. who is already sleeping outside. Ita said he would lure Baba to the security room that there is a power surge and from there we will strangle him to death.

And from there we will be able to come into his room and take whatever we want since mama, who is the wife of the deceased is in another room and she won’t hear any sound.”

Olayemi Bamitale said he is ready to die for his sins.

The decomposing body of Prof Albert Bamitale covered in petrol was found in an isolated storage room in his mansion at Ilaje Street, Ijapo Estate in Akure last week. 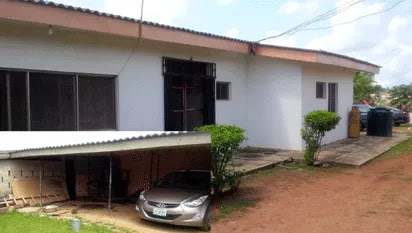