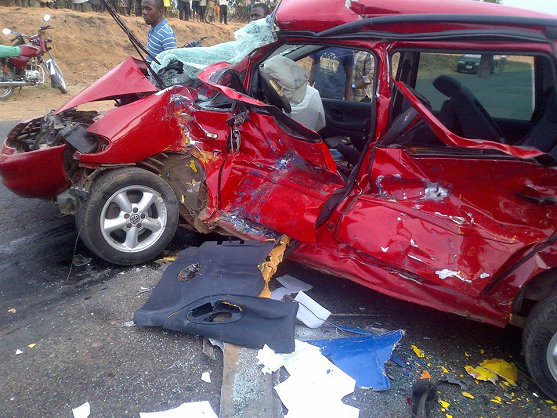 A fatal crash involving a passenger vehicle and a red Volkswagen car claimed the lives of 4 people in Plateau state over the weekend.

According to eyewitnesses, the driver of the car pictured above was trying to make an illegal turn along Riyom Jos Road when it collided with a bus driver around 5:30pm on Saturday.

Three occupants of the car reportedly died while another passenger in the bus succumbed to his injuries while waiting for treatment. 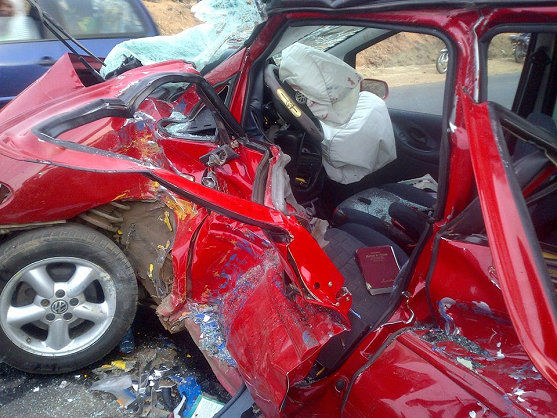 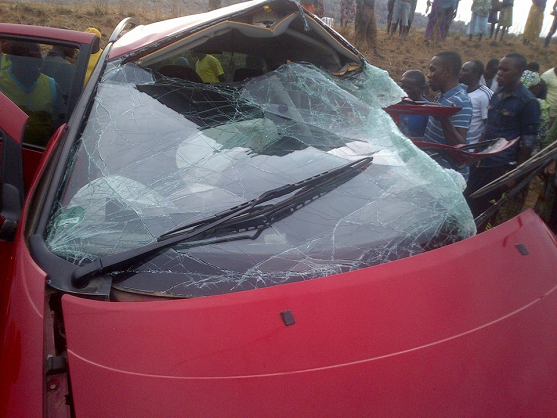 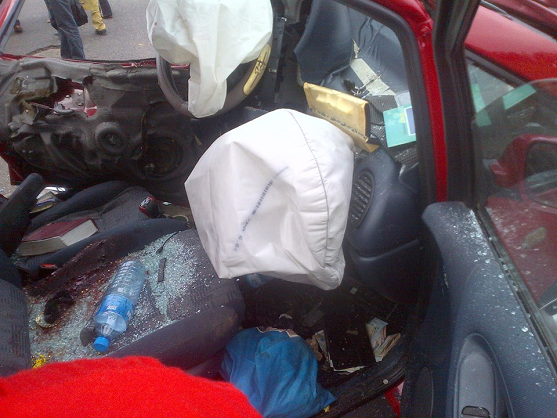 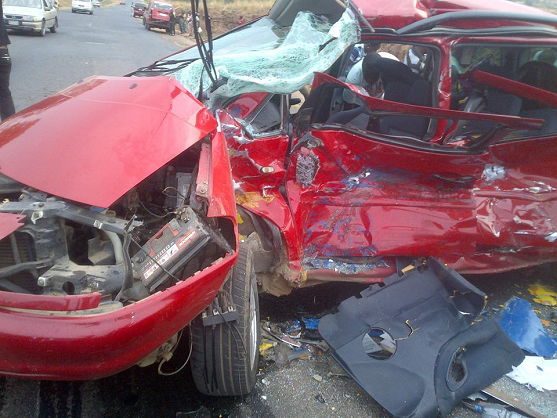 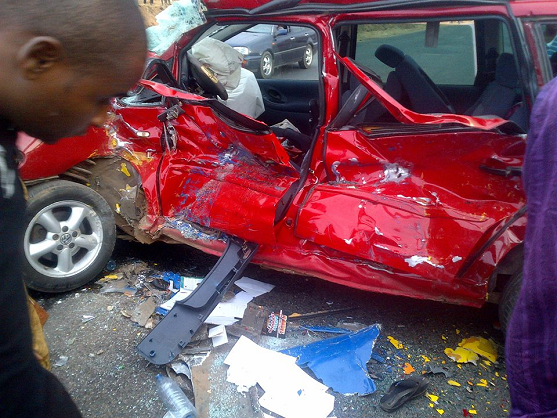