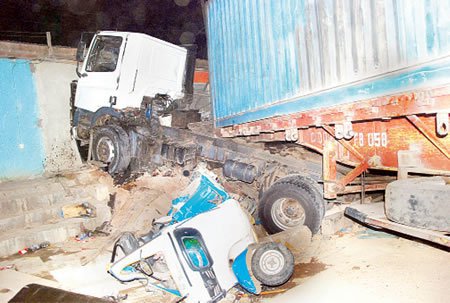 Not less than seven people died in Ibadan on Saturday after a truck driver lost control of his vehicle at New Garage area of  the town before crashing into retail shops.

An eyewitness said the white truck pictured above crushed 7 people to death instantly while 5 others sustained life threatening injuries. 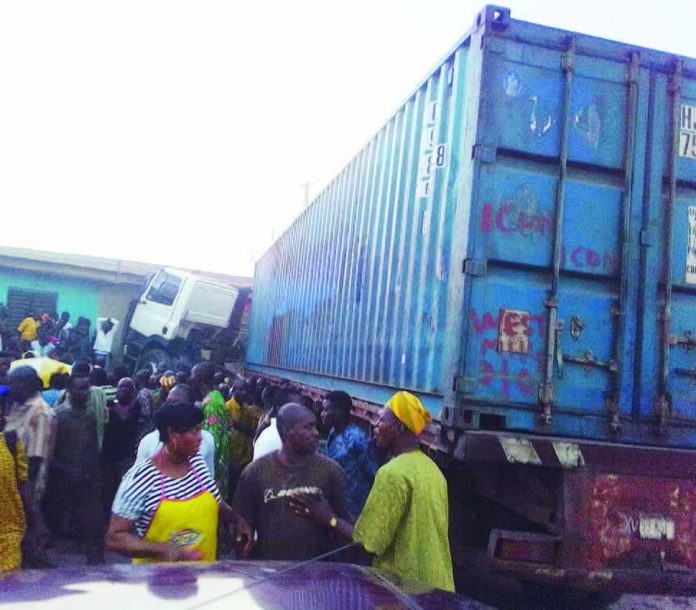 Another witness, Agunla Lanre said the ill-fated vehicle was coming from the Lagos Ibadan Expressway when the driver suddenly lost control and crashed into a taxi which crushed 7 to death.