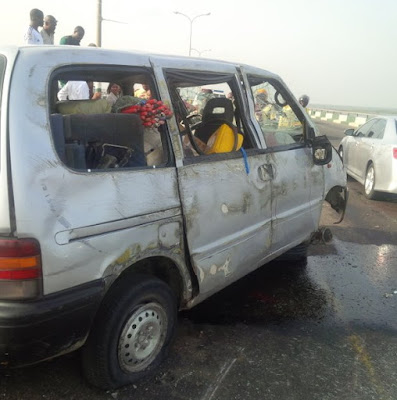 The lifeless body of a young woman was picked up at Iyana Oworo axis of the third mainland bridge in Lagos this evening.

According to eyewitnesses, before an ambulance could reach the scene of the fatal crash, the woman had died.

She reportedly waited for close to an hour before ambulance arrived.