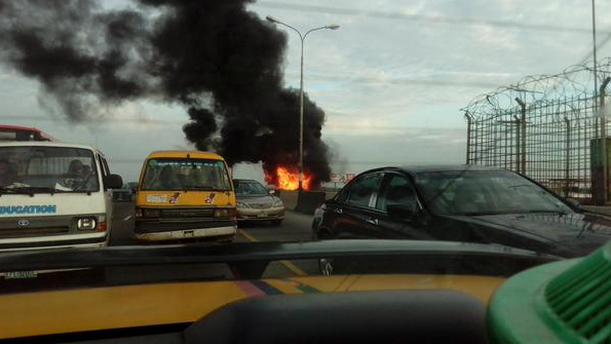 A driver has died this evening following a fire explosion in his car on the popular third mainland bridge.

According to witnesses, the unidentified man was driving on the bridge towards the island when his Toyota Sienna car caught fire around 7:00pm.

The man reportedly died few hours after being rescued from the raging fire by Good Samaritans. 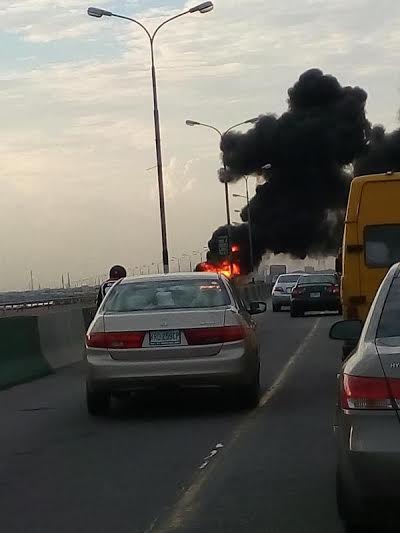 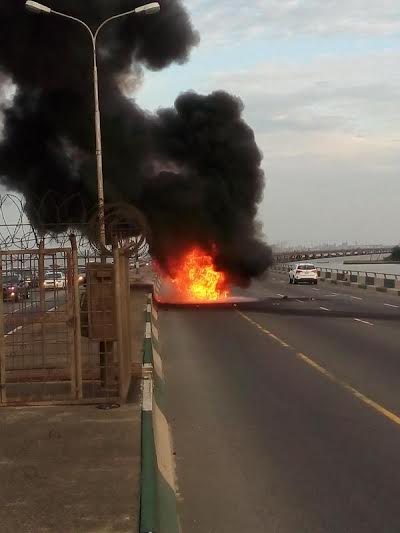 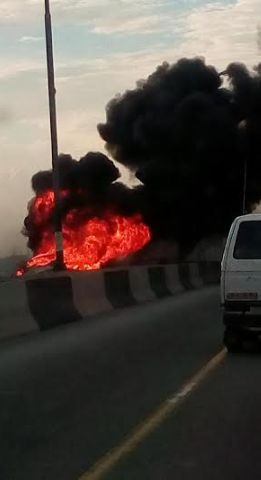 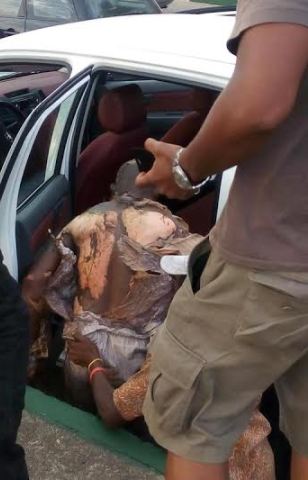 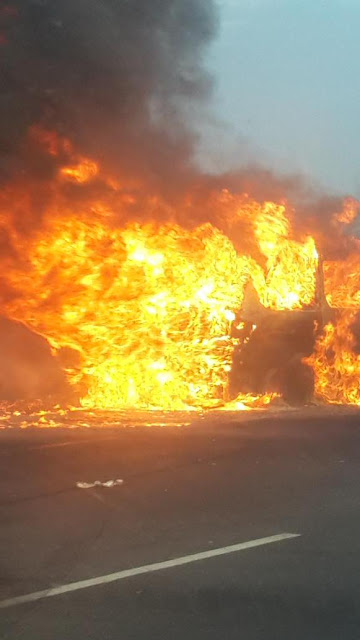 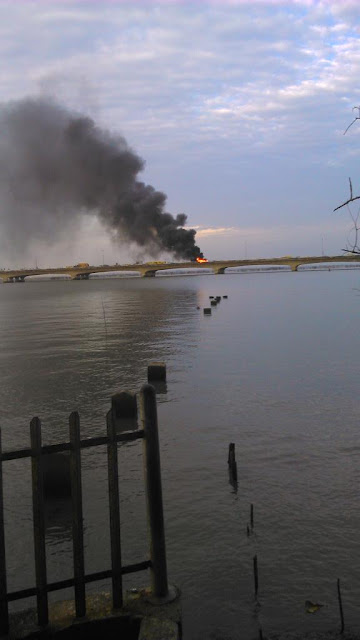 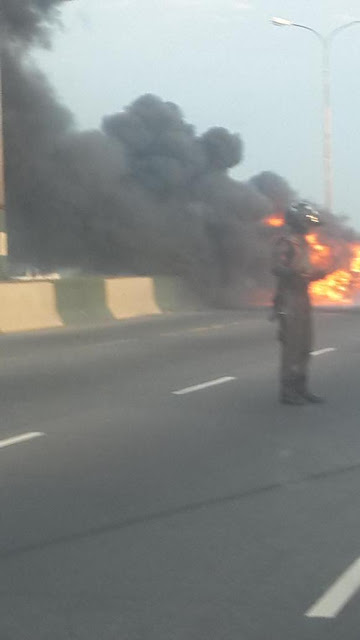