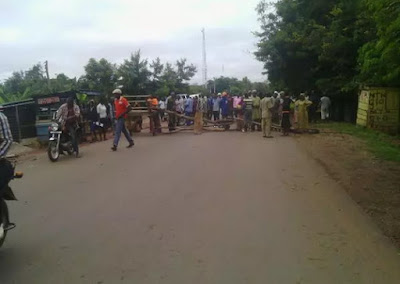 All the major roads leading into Ado Ekiti, the capital of Ekiti state have been blocked by Governor Fayose’s hired thugs.

According to eyewitnesses, the thugs said nobody is allowed into Ado Ekiti until after 4pm today.

This was in response to Fayose’s plea to the Ekiti people to save him from impeachment.

The thugs reportedly blocked APC lawmakers from entering the Assembly complex yesterday in line with Fayose threat to use Ekiti PDP members to resist the lawmakers from impeaching him. 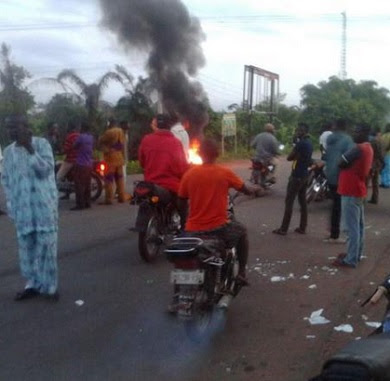