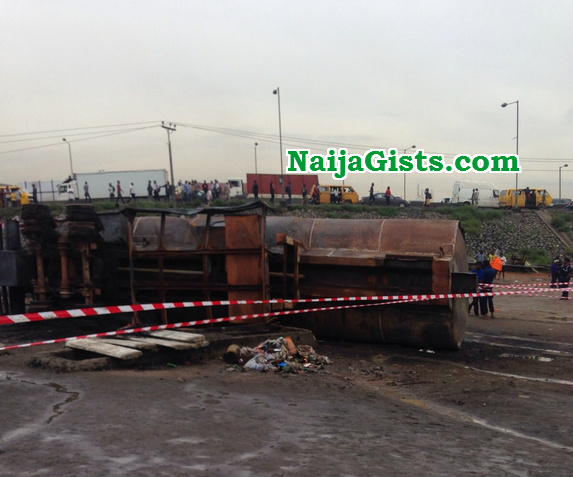 In the wee hours of Tuesday the 6th of October 2015, a fully loaded unlatched fuel tanker fell off a container around the NAFDAC office in Oshodi Lagos.

As the container fell around 1:45am, a motorcyclist rushed to the scene to scoop fuel but unfortunately for him, ignition from a nearby vehicle caught fire causing a huge explosion that killed him.

3 other trucks nearby also caught fire but the drivers escaped unhurt.

See more photos from the scene of the inferno. 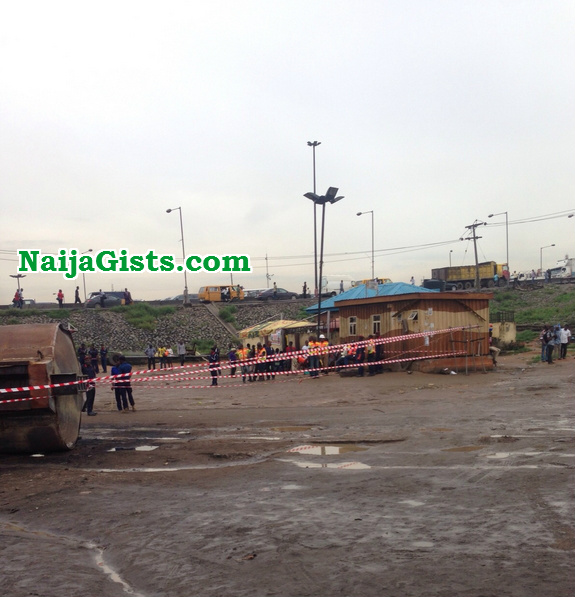 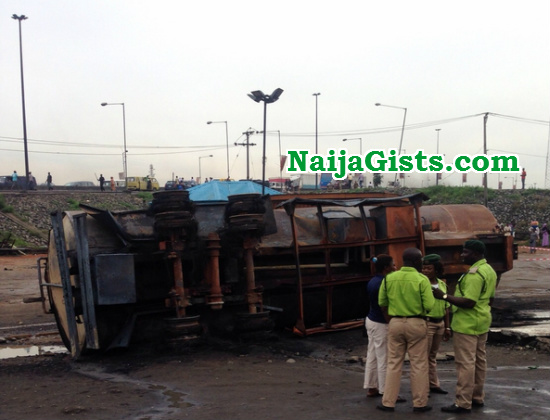 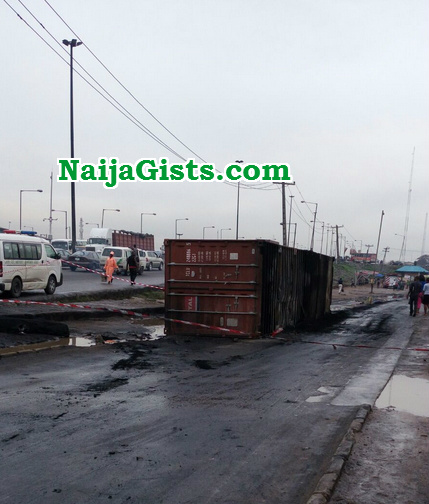