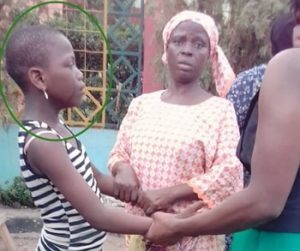 Pictured above is a 14-year-old girl who busted into tears in Egbeda Lagos few days ago in an attempt to run away from her grandparents.

The unidentified girl allegedly abandoned by her mother, one Mrs Ayindeyu Surat was seen fleeing as her grandmother pursued her near the Bakery bus stop in Egbeda.

The grandma later caught up with her, beat her up in a bid to drag her back home but her refusal prompted passersby and other residents to gather. 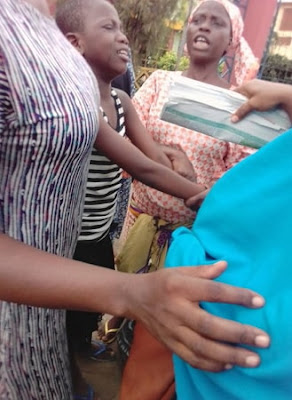 A Good Samaritan who took up the case, Tina Happiness has established a case of child abuse with the police.

She urged the mother of the girl to come forward.

Continue Reading
You may also like...
Related Topics:abuse, girl, grandparents