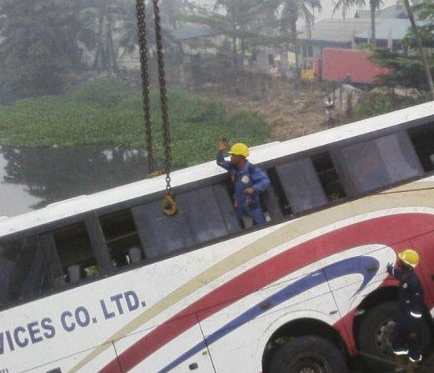 A bus operated by GUO Transport heading to the east plunged into a river in Mile 12 area of Lagos today leaving many dead.

The luxury bus rolled into the Lagoon located at Owode Elede area of Mile 12 around 3am this morning.

The driver of the bus and three passengers reportedly drowned as help didn’t arrive on time.

The dead body of the victims were pulled out from the river around 6am this morning while 48 passengers were rescued alive.

He said the corpses of the deceased had been deposited in the mortuary.

See photos from the scene of the fatal crash below 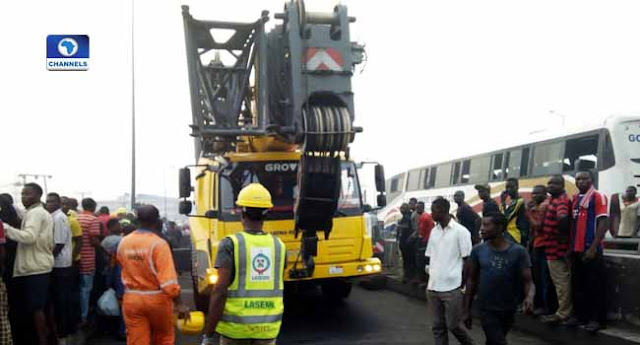 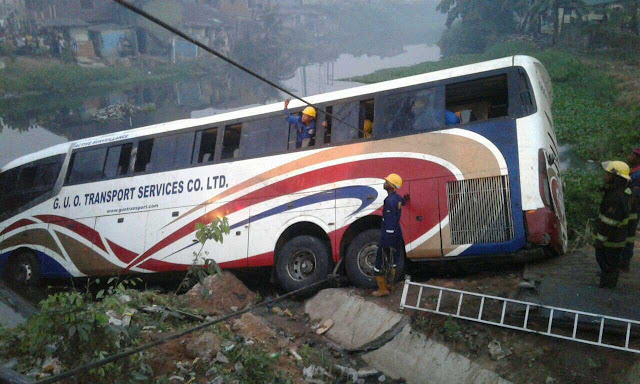 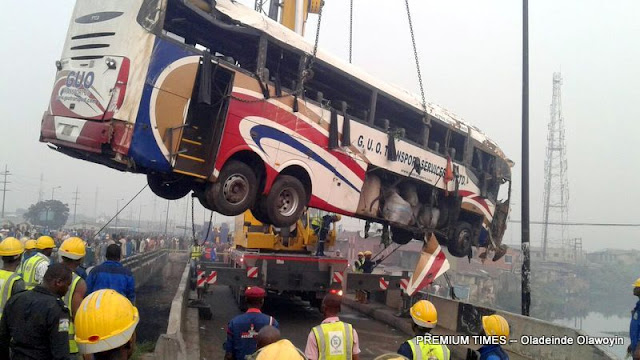 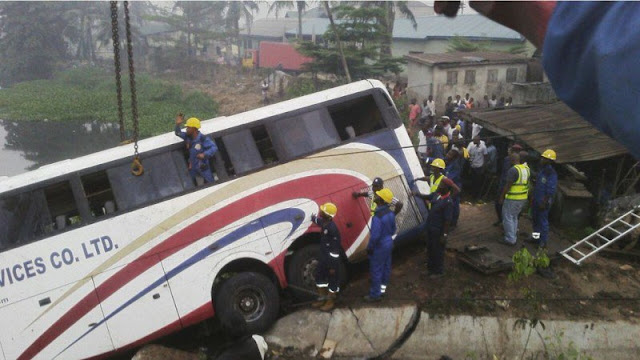 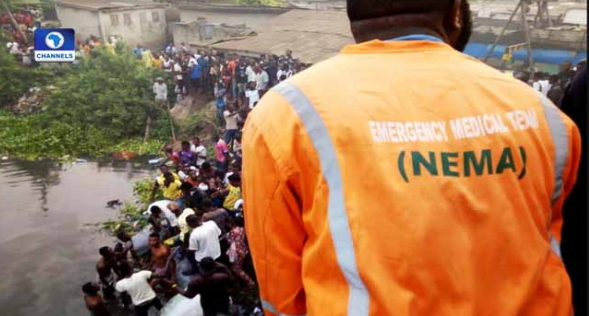