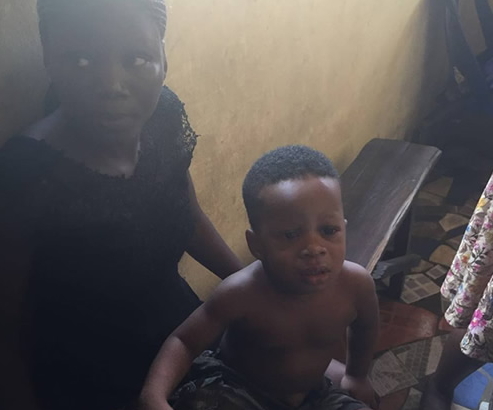 The wicked nanny who allegedly kidnapped a baby boy in Calabar on Friday the 13th of May 2016 has been caught.

The maid identified as Bassey Covenant was caught today at a trailer park while trying to sell the baby.

She reportedly took off from her employer’s home in Satellite Town area of Calabar last Friday with 1-year-old David Robinson and her employer’s valuables around 2pm.

The baby’s mother, Uche Robinson who confirmed her arrest today said the baby boy has been rescued. 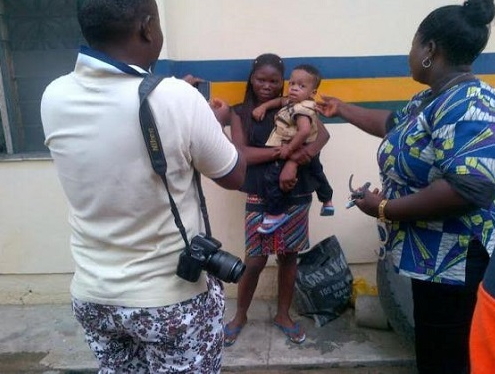 Bassey who resumed work at her wealthy employer’s house on the 2nd of January reportedly requested for pay raise before taking the desperate action of kidnapping their son for ransom.

The 18-year-old suspect is currently in police detention.