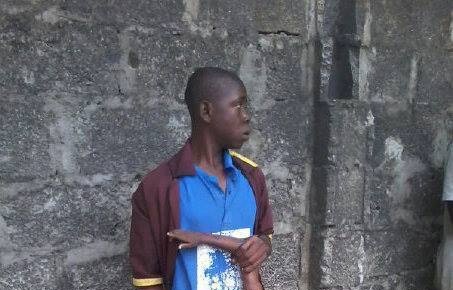 Members of the Hassan family in Ijanikin, Lagos, are yet to come to terms with the gruesome murder of their four-year-old son, Ibrahim, on Monday morning.

Since they got the shocking news, pain, sorrow and wailing have been their companions. 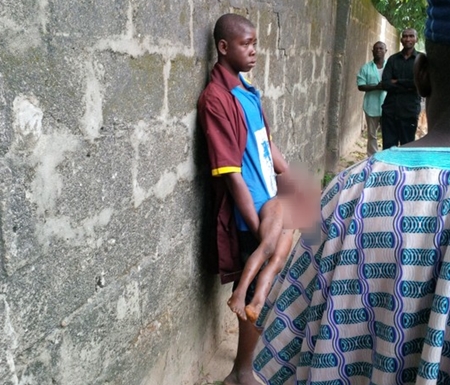 Luck ran against the suspect when he was allegedly spotted by neighbours who immediately raised the alarm before he could get away with the crime. Ibrahim was the first child of his parents.

The 16-year-old suspect heartlessly removed the deceased’s penis, kidney and intestines. The unsuspecting boy was lured into the location of the crime, and his corpse was later buried in the bush. 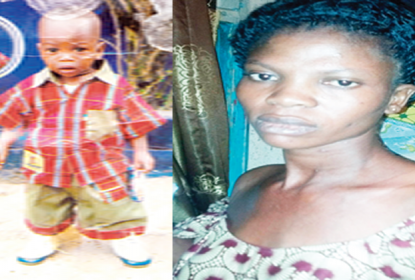 When Daily Sun visited the deceased’s family house, the mother of the murdered child, Felicia Hassan was simply inconsolable and was too devastated to speak to anybody. The victim’s family members, friends and neighbours gathered at the place to sympathise with the bereaved family.

According to the father of the poor boy, Jamiu, who looked sorrowful, he went to work on Sunday and had not come back home when his wife, Felicia, who was heavily pregnant, went into labour. She tried feeding her three children but they said they were not hungry. Leaving her children in care of her neighbours in the single-room apartment in the house, known as face-me-I-face-you, Felicia left for the hospital about 7pm. Between 8:30pm and 9pm, Felicia was delivered of a baby girl. When she got back home that night, she realized that her son, Ibrahim was missing.

He said: “When she got back, she saw the other two children and asked them where Ibrahim was. They searched for him till about 10pm. She then called me to say she could not find Ibrahim. When I got home, we continued to search for him but could not find him so we concluded that he must have gone to sleep in someone’s house since whenever people look for children here, other parents may keep him till the next day or take him to the station.

“So we decided to go check him at the police station. Like a joke, the next morning, we started searching for him. We went to the King’s palace and the police station. Someone now said he was at Ijanikin. I believe the boy was killed overnight and his body dumped somewhere. They had removed his private part and the internal organs. They wanted to place him outside so his body could be seen. It was where that boy, Ojo carried the corpse of Ibrahim that someone in the neighbourhood saw him and raised the alarm. He said a boy was being searched for yesterday. Whose corpse are you carrying?”

According to Hassan, while he and others were still searching for Ibrahim, those who caught Ojo had called the police.

Said he: “The police arrived promptly and took away the deceased and Ojo to the station. People now started saying the dead boy looked like a four-and-half-year-old child. At that time, I became suspicious and went to the police station. That was how I saw my son. The police tortured the boy who killed my son. Immediately, he confessed, and nine other people were arrested in connection to the murder.

Jamiu further stated that Ojo confessed that a man named Uzor sent him to get the organs of a four or five-year-old boy. According to him, the police had seized the cloth he wore when he killed the boy and the knife found on him.

When the reporters got to the palace of the traditional ruler of the community, Onijanikin of Ijanikin, Oba Momodu Afolabi Asafa was unable to attend to our reporters. But his son, Wasiu Asafa spoke on behalf of the palace. Wasiu disclosed that Ojo Tajudeen Azeez was not normal. He said the Ibadan-born boy was well known in the area, even though the suspect had a girlfriend. Wasiu said when he first heard the story, he initially refused to believe that the boy had done such a thing.

He believed that those who used him to perpetrate such evil acts knew that the boy was more or less an imbecile. According to Wasiu, he heard Ojo was given a hundred naira to kill a boy between a certain age.

He said: “Such a thing has never happened in this area before. Children do not get lost here, so we are surprised that it happened.”