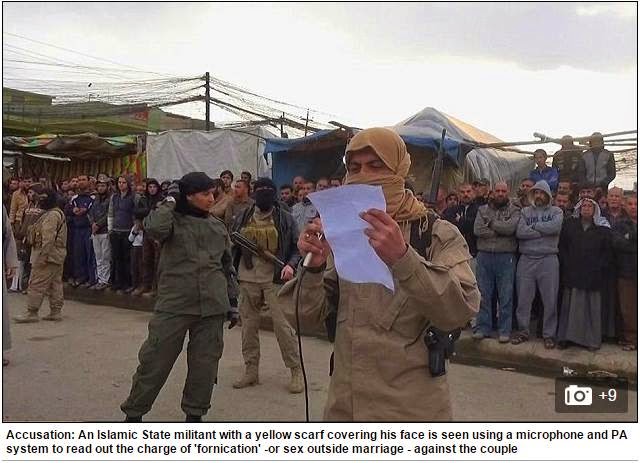 Scary photos showing Islamic State militants stoning a man and woman accused of having sex before marriage in Iraq have surfaced online.

The photos taken in Mosul town, Nineveh Province showed a large crowd including children gathered together to watch the Jihadists murdering the defenceless couple.

Young boys even clambered onto their fathers’ shoulders to get a better view of the man and woman being charged with ‘fornication’, before the familiar white-bearded face of ISIS’s elderly Mosul-based executioner-in-chief Abu Ansar al-Ansari orders their stoning to death. 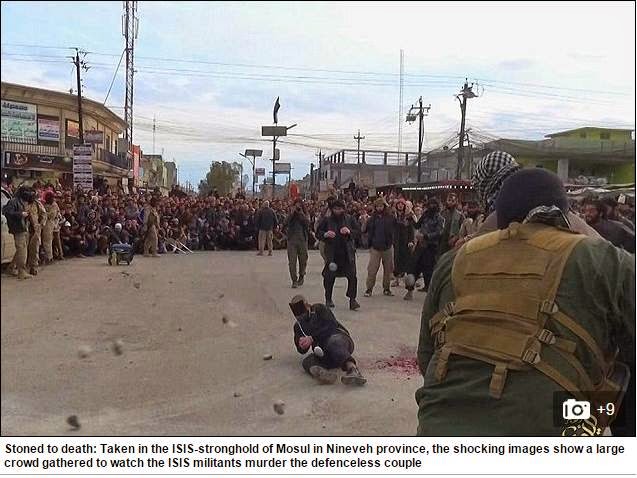 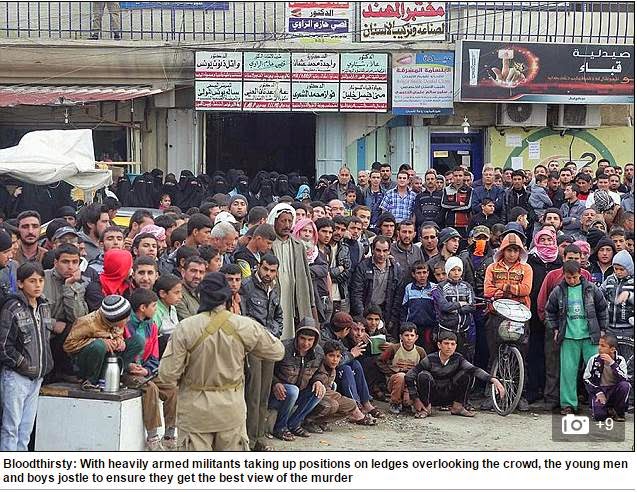 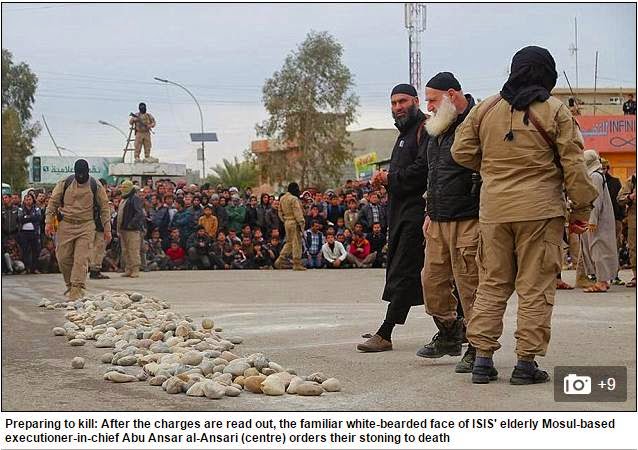 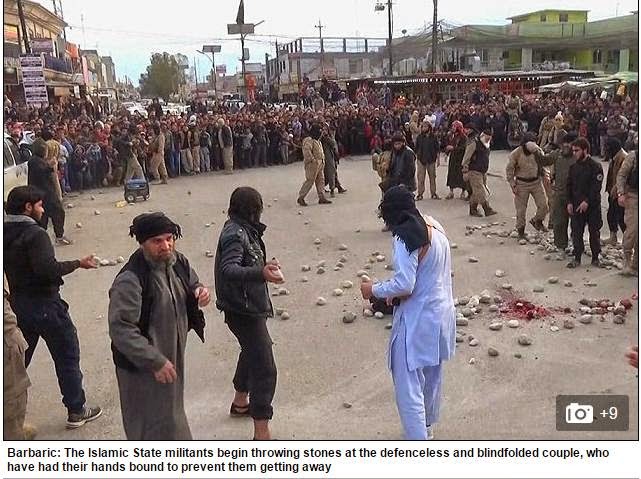 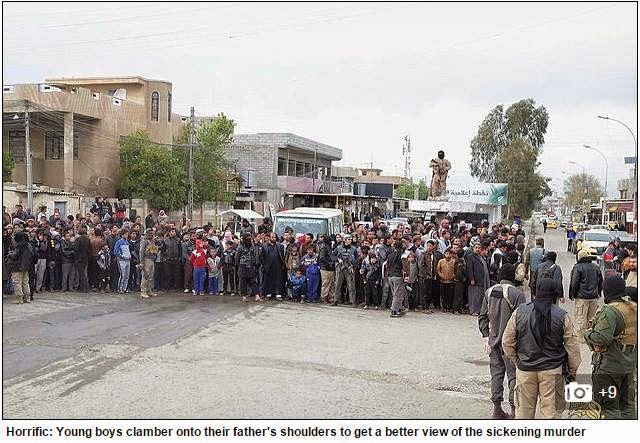 Most of those who carried out the barbaric act were said to be new recruits who recently graduated from ISIS school of Jihad. 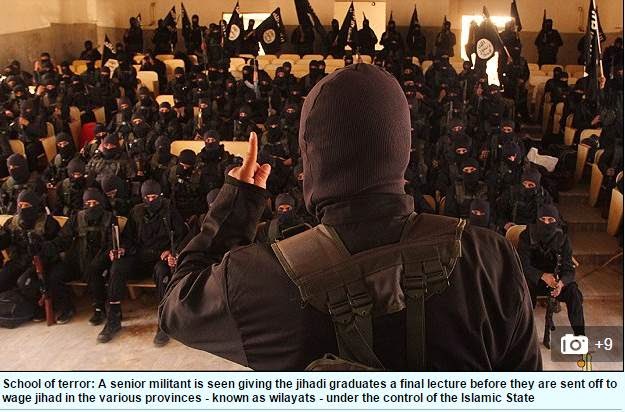