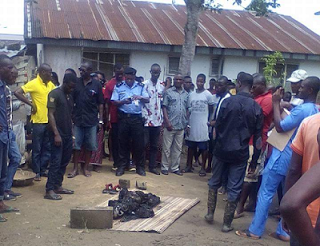 Panic struck in Isampou community, Ekeremor local government area of Bayelsa State when a 37-year- old man set his in-laws’ residence ablaze over marital issues between him and his wife. The couple lived together in Bomadi community in Delta State before trouble started.

According to investigations, the man simply identified as Kevin was said to have been enraged over the decision by his wife called Blessing to divorce him.

Sources in the community said the incident which happened on Thursday claimed the life of the mother-in-law immediately, while the brother in-law died later from first degree burns. 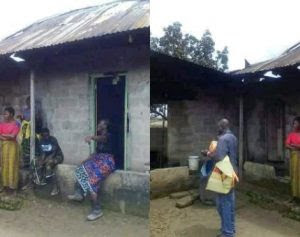 It was gathered that as a result of the incident,which occurred around 9 pm on Thursday, irate mob from Isampou community moved to Ndoro community, also in Ekeremor council area to carry out reprisal attack by setting ablaze the family house of the suspect.

Family sources said the husband and wife had marital problems as a result of which the wife decided to call off the marriage and return to her mother’s village in Isampou community in Bayelsa State.

A source in Isampou who confirmed the incident said “I heard about the fire. We gathered that the wife left him some days ago insisting that she did not want to marry him anymore. The wife was living with her husband at Bomadi, Delta State before she left for her mother’s house at Isampou, Bayelsa”

Kevin, it was alleged poured fuel inside and around the residence of his mother-in-law with the intention of killing his wife who was reportedly planned to sleep in her mother’s room, with fire.

“Although the wife had planned to sleep, she changed her mind at the last minute and moved to the house of a friend. It was only her mother and her brother that were in the house when the fire incident happened”, the source added.