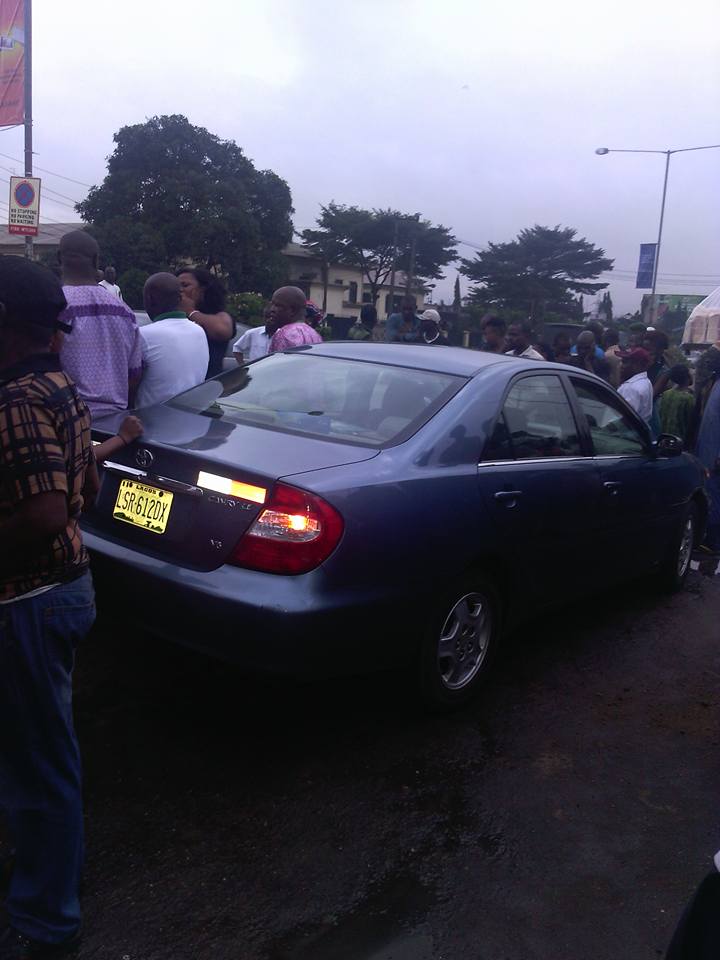 The man pictured below was crushed to death at a popular bus stop in Maryland Lagos on Friday while chasing a Danfo bus driver who hit his Toyota Camry car.

According to an FB user who narrated the tragic story, the man said to be a Managing Director at a nearby company was heading home when a bus driver brushed the side of his car and fled.

The man reportedly removed his shoes and gave the bus driver a hot chase.

When he eventually caught up with the bus, the conductor pushed him out of the moving vehicle and sadly another Danfo bus crushed him on the head.

See photos from the scene of the fatal accident below 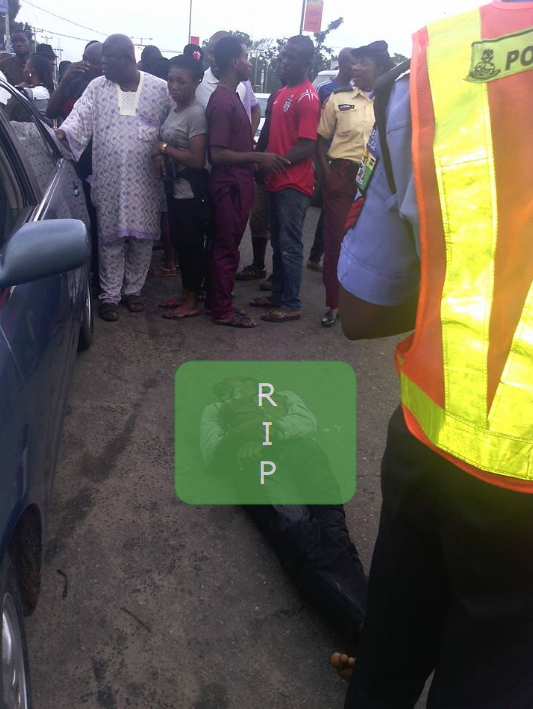 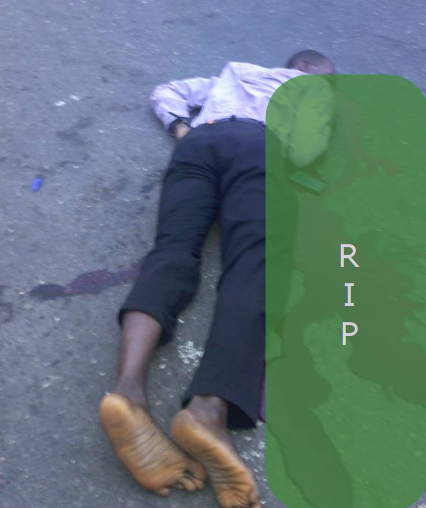 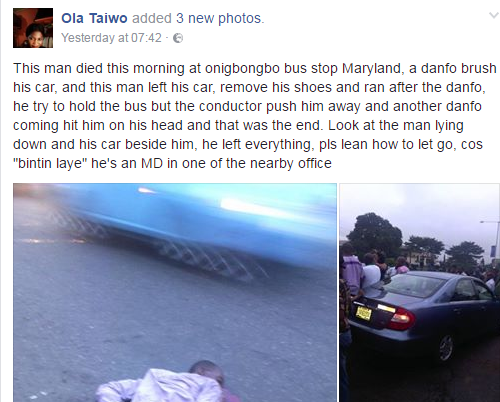 What a tragic death!!!

May God comfort his family.