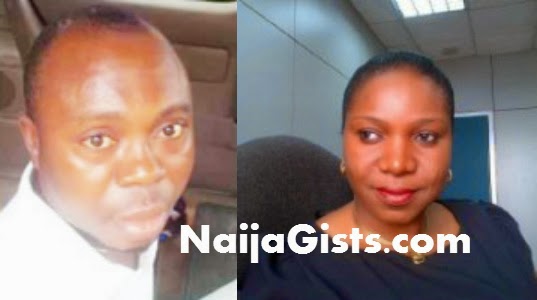 The Lagos State Police Command has arrested a suspected kidnapper, Mr. Anthony Agidi, for allegedly belonging to a gang which abducted a female bank worker, Mrs. Ladi Garba, in July this year.

We learnt that the abduction of Garba was one out of eight operations which the gang had carried out in Delta and Lagos states.

According to the police, Garba was an employee of Keystone Bank when she was kidnapped by the gang in the Lekki area of Lagos.

Our correspondent gathered that the 33-year-old suspect was arrested by operatives of the Special Anti-Robbery Squad at about 2pm on Wednesday, November 26.

We learnt that Agidi was tracked down to a community chairman’s house in Ekenwa, Benin, Edo State by SARS Commander, SP Abba Kyari, and his team, where the suspect was arrested.

According to the police, the operational vehicle of the gang, a Volkswagen Jetta car, marked AKU 421 AA, two AK-47 rifles and some live cartridges were recovered after the arrest.

Our correspondent gathered that the female banker was driving a Toyota Prado Sports Utility Vehicle on her way back home in Lekki when the gang swooped on the vehicle and kidnapped her.

It was learnt that subsequently, the police went on a rescue mission to a forest in the area, where the banker was held for six days, and engaged the gang in a shootout.

During the operation, two members of the gang, identified simply as Steve and Apofure, were killed by the police, while Agidi and two others escaped.

Our correspondent gathered that Garba was rescued alive, and the police got on the trail of the fleeing gang members, which eventually led to Agidi’s arrest in Edo.

Speaking with PUNCH Metro, Agidi, a native of Ughelli, Delta State, said the gang constructed a tent inside the bush where they hid Garba, while they negotiated a ransom of N6m with her family.

He said, “I live in Awoyaya in the Ibeju-Lekki area. I was formerly working as a welder before I joined the gang. The kidnapping of Garba in July was our eighth operation. On that day, we made use of two vehicles. We were seven in number.

“Steve was the one who blocked the banker’s SUV. We took her away, but left her car, so we would not be traced. Two of us had constructed a nylon tent in a bush where we kept her.

“Any food she requested was what we gave her. We wanted to collect the N6m, but we did not get the money before the police came after us. The police traced our hideout while one of us went to collect ransom from the banker’s family. When the police swooped on us, I was able to escape with a gunshot injury.”

Agidi, who is married with two children, added that he had made about N10m from the kidnapping operations led by the gang in Delta and Lagos states.

He said, “I was living in Port Harcourt before I came to Lagos in 2011. I was jobless, and met one Henry who later introduced me to the gang. They took me out on the first operation.

“The second was also in Benin, and I got N100,000. The third was in Delta, where we kidnapped a woman. I was given N2.8m. We had collected about N9m ransom from her. We usually target people in expensive cars.

“Our seventh operation was in the Ajah area of Lagos. That was in June and our victim was a woman. I was given N350,000 from the operation

“The eighth operation was the abduction of the female bank worker in July.”

Continue Reading
You may also like...
Related Topics:banker, kidnapper, lagos