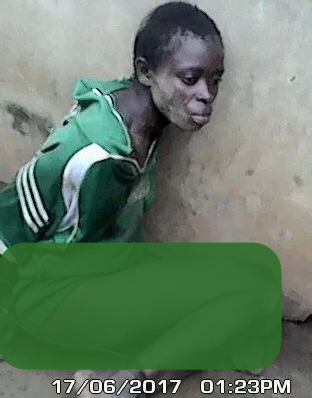 A female kidnapper caught while attempting to abduct a child from a family in Agbele area of Olayemi Estate in Ikorodu around 1:23pm today has been rescued by the police.

The lady was tied up the moment she was caught but on getting to the palace of a Chief in charge of the area, angry residents hoping she will get killed were barred from entering the building. 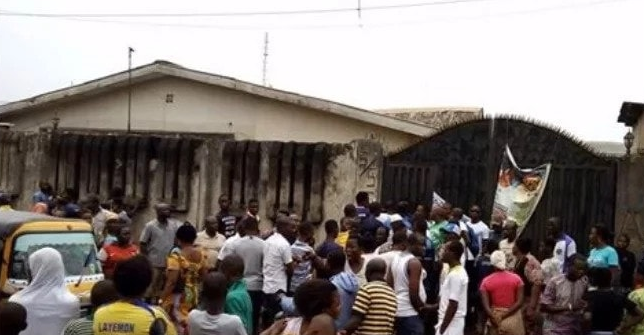 She was shielded until police arrived around 2:15pm to take her to the station.

The suspected female kidnapper reportedly confessed that some people sent her before the police took her away.