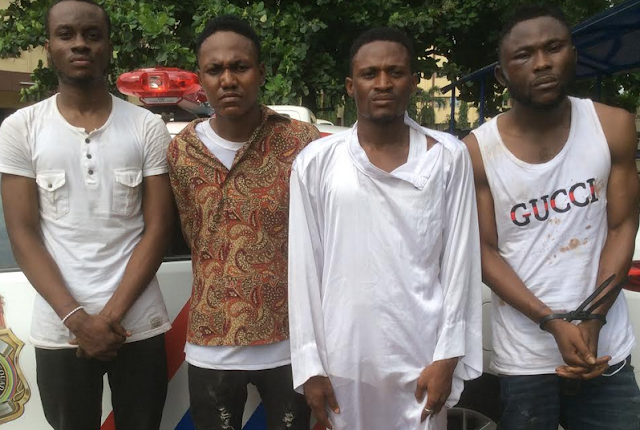 RRS operatives of the Lagos State Police Command have arrested four suspects who specialise in tricking sellers of expensive mobile phones pretending to be online buyers and thereafter rob the sellers at the point delivery.

The gangs had on 7th march, 2017 shot one Sgt. Garba Kadiri, an RRS operative while attempting to evade arrest when they were tracked down by the officers in Pretty Street, Iyana School, LASU – Iyana Road.

The RRS operatives, working on reports from victims of the same robbery perpetrated by the gang, had tracked Ehis and his gang to a location in Iba, where the gang shot the officers before escaping.

According to Ehis, a Chemical Engineering graduate of University of Benin, Ekpoma, Edo State,

“what I do is shop online for expensive phones and goods. I request the sellers to make home delivery.

I don’t follow them to the robbery scene. It is only Nurudeen, alias “Onyeabo” that I know carry out the execution. I know he has a locally made short – gun. And, I am aware he had recruited other boys to join him in the robbery”.

“All I do is stay in hotels. I don’t even go out at all. I am always indoor. They do the robbery, sell the phones and give me, my own share of the deal.

Nurudeen is always in hiding. He doesn’t come outside since SARS, Lagos picked up his closest friend last year. He is short in size and he sneaks into Lagos mostly at night through the creeks from Ogun State”, he disclosed.

Sources stated that Ehis has several gangs who do his runs for him. The source added that he was into internet fraud and ATM point robbery.

The source added that, Ehis before his arrest stood at different ATM points in Igando, Ojo, Alaba and Apapa to monitor ATM users, who withdrew money, and that he controlled his gangs, who operate on mostly on motor cycle(okada) to trail the withdrawers and collect the money from them.

After his arrest, about five victims from Computer Village in Ikeja have besieged RRS headquarters to give information about the operation of the gang.

Two of such victims who came forward on Thursday were Oluwaseyi Sunday and Alabede Habib.

Both of them in separate statement stated that Wilfred Ehis, pretending as Barrister Deji had sometime in February 2017 requested that expensive phones be delivered to him on two different addresses on LASU – Iyana Iba Expressway. The victims were later robbed by three of Ehis’s gang members operating on motor cycle at the delivery points.

Items recovered from Ehis when he was arrested were a Tecno Cq phone, an LG 3 Phone; One I mobile phone; 2 Wrist watches, a Canon camera Eo87D; 1 neck lace, 1 Sony laptop, a rap of Indian Hemp and an ash colour Altima salon car, with the registration No. APP 493 EH. 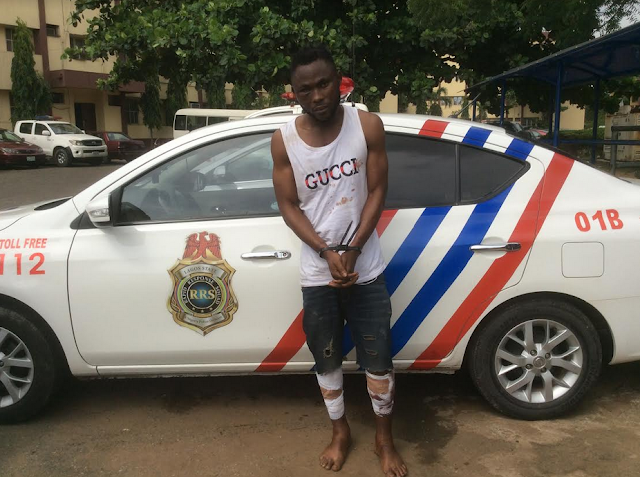 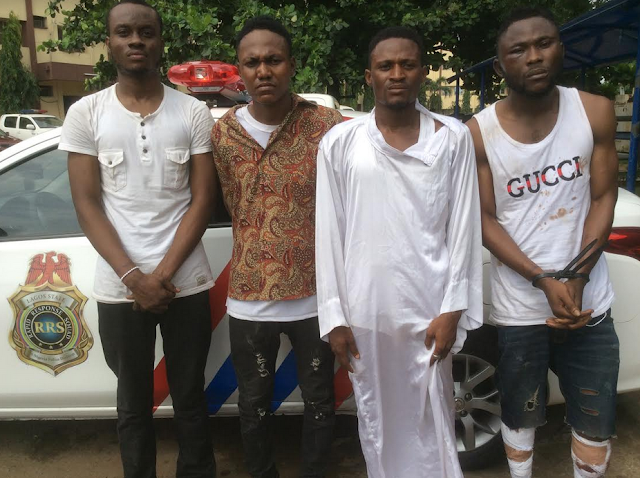