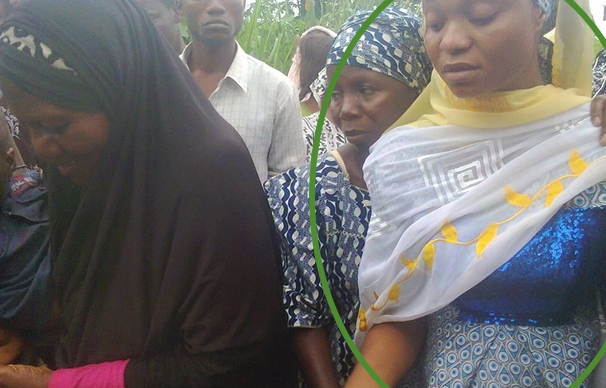 Nollywood actor Mufutai Sanni aka Ajigijaga who passed away tragically on Friday has been laid to rest.

The actor was buried at his house around 4pm the same day he died amidst tears.

His heavily pregnant wife, Taiwo Hassan Sanni was seen crying as the corpse of her hubby was being lowered to his grave. 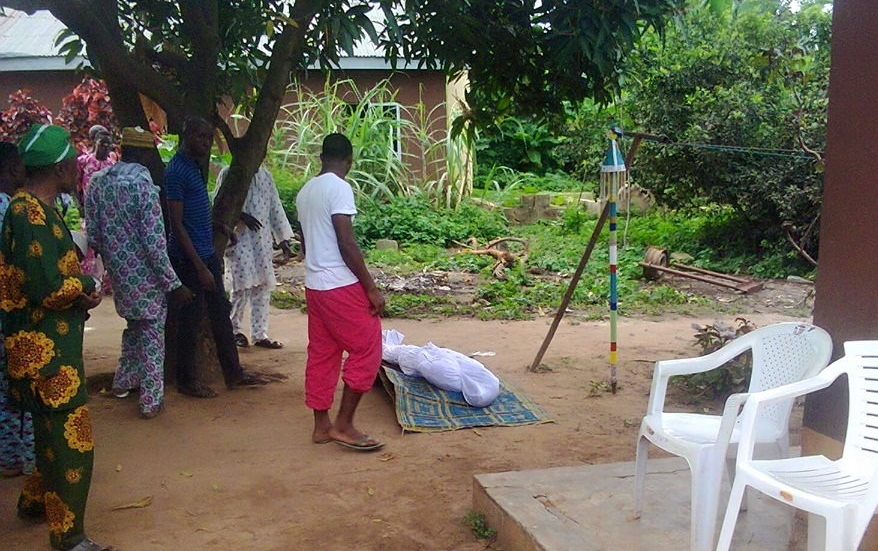 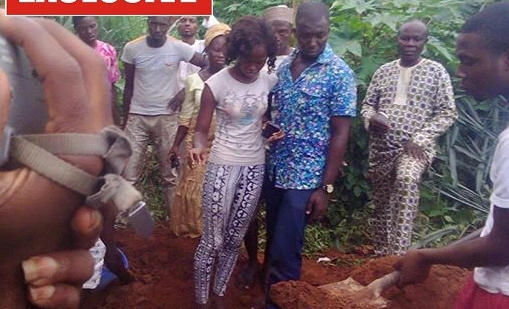 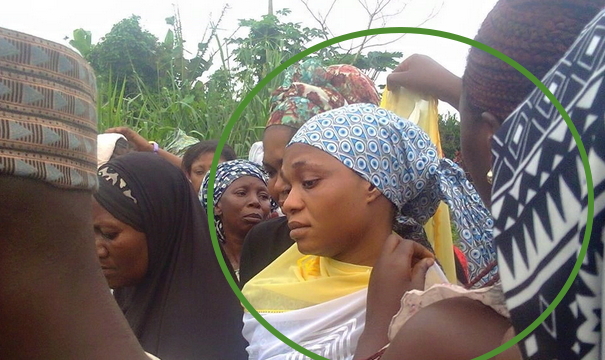 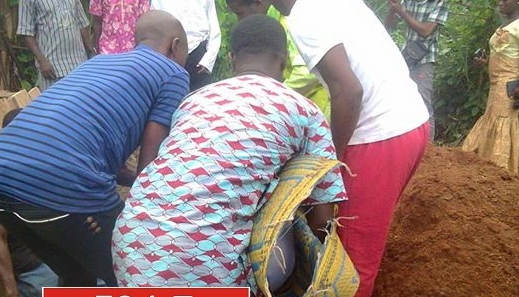 She is heavily pregnant with her second child.

May God comfort her and may his soul rest in peace.