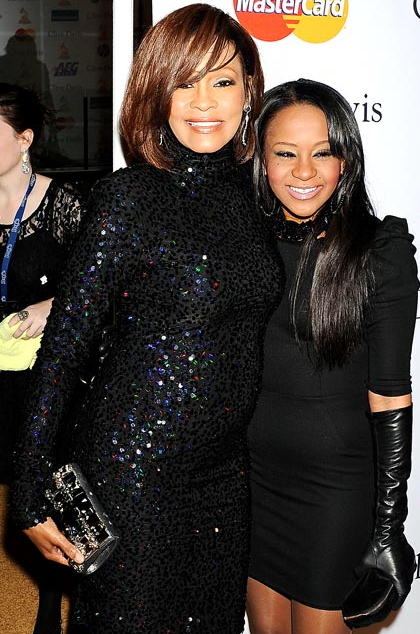 Cissy Houston must be a sad woman. First she had to bury her daughter, the late Whitney Houston and now, she must also bury her granddaughter, Bobbi Kristina Brown within three short years!

Though 22 year-old Bobbi Kristina had been in a coma for a while, it was with shock that the world received the news of the passing away of Whitney Houston and Bobby Brown’s only daughter on July 26. Ironically, at the time of her death, Bobbi Kristina had everything to leave for including her late mum’s $115million estate. 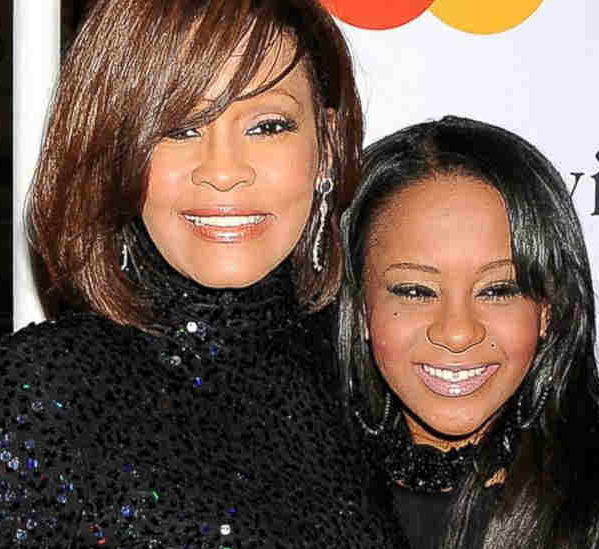 Rewind: It’s 2012 and Whitney Houston, who is just recovering from another bout of drug addiction, aged 48, was found unconscious at the Beverly Hilton Hotel, submerged in a bathtub. Houston was pronounced dead at 3:55 p.m. Authorities stated that the amount of cocaine found in Houston’s body indicated that she used the substance shortly before her death. Toxicol­ogy results revealed additional drugs in her system includ­ing diphenhydramine, alprazolam, cannabis and cycloben­zaprine. The manner of death was listed as an “accident.”

Fast forward: It’s January 2015 and Bobbi Kristina was found unconscious, submerged in a bathtub and the Los Angeles County Coroner’s office reported the cause of Bobbi Kristina’s condition was drowning and the “effects of atherosclerotic heart disease and cocaine use.” Does this sound familiar?

Even before Bobbi Kristina passed on last week, questions were raised based on similarities between the circumstances in which she was found and her mum’s death. Why should mother and daughter die in similar circumstances? Or is it all just a coinci­dence? Or was it a ghost from Whit­ney Houston’s past that was responsible for both deaths?

Almost three years after, Los Angeles police are yet solve the riddle around her death. The best they could come up with was to describe it as an “accident.” And now, they have another riddle on their hands. Who killed Bobbi Kris­tina? Was it a case of suicide or was it murder? Or was it just another “accident”?

A case for suicide?

An easy way out would be to declare both deaths as sui­cides. Basically, drug addicts are prone to suicide. Indeed there were reports of attempted suicide both for Whitney and Bobbi Kristina and this could give credibility to arguments that claim they both committed suicide but the question remains, why did Bobbi Kristina decide to go like her mum? It is pertinent to note that the similarities between their deaths cannot just be brushed aside. And if she was actually murdered, what was the motive? Was somebody trying to make a point?

If you believe in conspiracy theories then the Illunmi­nati alternative might just provide the answer. Though largely faceless, the Illuminati is believed to control the entertainment industry in America. Whitney Houston’s death has been the source of conspiracy theories ever since she was found unconscious in a bathtub. Her death occurred prior to the 2012 Grammy Awards, a ceremony believed to contain very strange occult, Illuminati symbol­ism and rituals.

Now, almost three years later, Bobbi Kristina is found face down and unresponsive in a water- filled bathtub? What is the significance of bathtub symbolism as far as the Illuminati is concerned?

According to some sources, celebrities in bathtubs symbolizes the person’s willingness to sell their souls to the industry or the powers that be in exchange for success.

So, was Bobbi Kristina’s incident and Whitney Hous­ton’s death connected? Were they successful Illuminati bathtub sacrifices?

However, dead men don’t talk and all hope that Bobbi Kristina would recover from her coma and tell the world what really transpired evaporated on July 26 when she finally gave up the ghost. And while the de­bates continue to rage, we can only say to both mother and daughter, ‘rest in peace.’