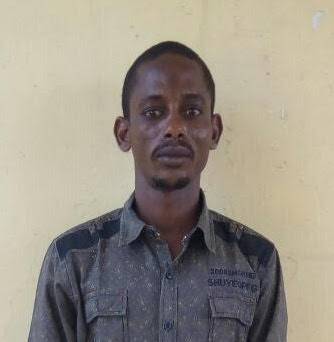 The suspect arrested on Friday the 9th of December 2016 told police he has spent his portion of the ransom paid to the dare devil gang.

Umar Abubakar said he used N3million out of the ransom to open a shop for his wife in Minna Niger state. He added that he also bought houses and plots of land from the money.

Abubakar aka Kiriwa was trailed and arrested in Minna, Niger State on 9th December, 2016 consequent upon several weeks of monitoring and actionable intelligence gathering coupled with collaborative efforts of public spirited members of the community.

Continue Reading
You may also like...
Related Topics:emefiele, kidnapper, wife