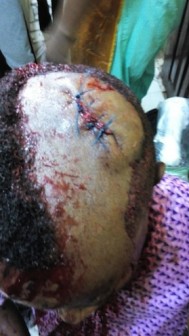 The Ogun Chapter of NANS has given Nigeria Police Force a 48-hour ultimatum to arrest and prosecute two police officers who allegedly brutalized a young boy studying at  the Moshood Abiola Polytechnic in Abeokuta.

The victim Taiwo Peter was beaten to coma by two police officers attached to Adigbe station in Abeokuta last week Thursday after they chased him into his room.

In a statement issued today, which was signed by the NANS/JCC Chairman in the state, Comrade Dotun Opaleye, a.k.a. Zamora, it was revealed that the Peter is now suffering from a horrific psychological trauma, capable of destroying his psychological balance.

According to him, “How can a human being working in a sane society after brutalizing a young boy, who is enough to be his son. What can we say about a policeman who is being paid by the tax payer’s money to protect lives and properties of the citizenry but suddenly turned from a protector of the oppressed to a torturer and ‘Near Executor’? 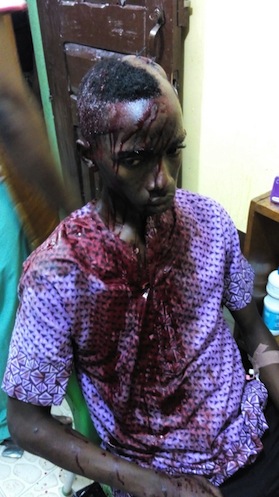 “As we write this petition, the lad, Taiwo Peter cannot speak intelligently anymore as we suspect that the vicious blows to his head might have reconfigured the brains operation. He cannot ear, sit, stand, sleep or think properly, he has suffered a horrific psychological trauma capable of destroying his psychological balance,”. 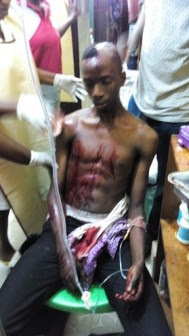