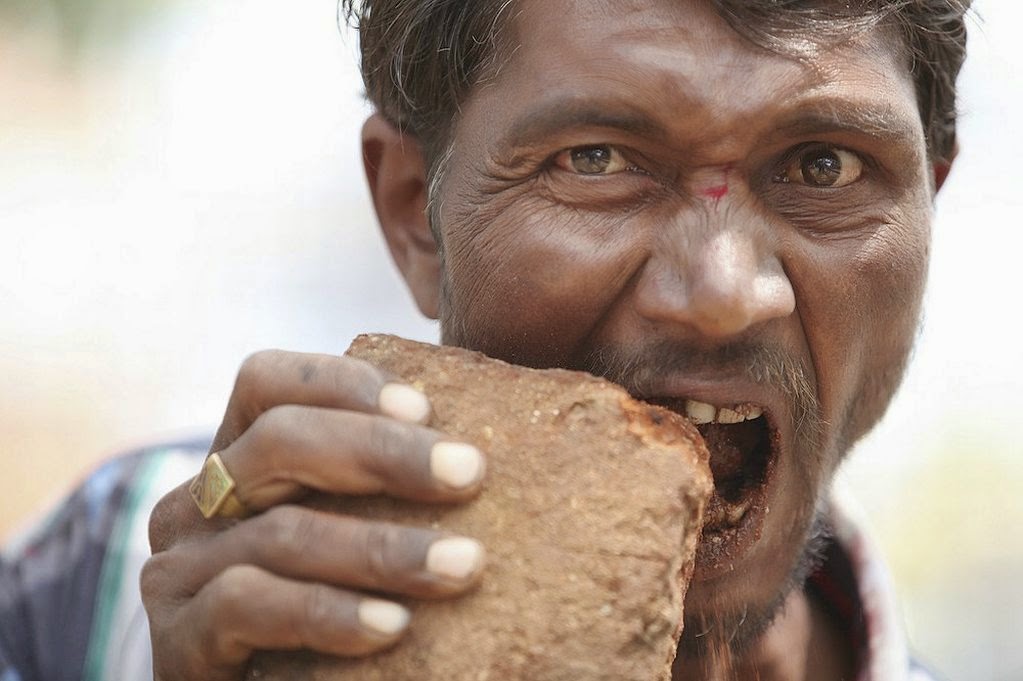 Meet Pakkirappa Hunagundi, an Indian house builder who is popular for eating mud, bricks and gravel.

The 30-year-old man has been devouring the non-edible objects since he acquired the taste when he was 10-year-old.

According to Daily Mirror, he has consumed up to 3 kilograms of debris per day. He feasts on the non-edible objects he finds lying around his village in Karnataka.

But despite his strange eating disorder – thought to be caused by a condition called Pica – Pakkirappa insists he hasn’t suffered any ill-effects. And he wants to use his strange eating habits to make some money for his family by travelling across India showcasing his talents.

He causally chews on freshly baked bricks he finds scattered around his village. And he uses nothing more than a glass of water to help digest the building material which he says tastes “A1” – an Indian term meaning the best.

“I love eating them. It has become a part of my life. I started at the age of 10. Now it feels like a necessity to me. I can skip meals, but not bricks or mud. I have suffered no side effects. My teeth are absolutely fine. I can bite into the hardest stone without a problem.”

See more photos of the brick-eating man below: 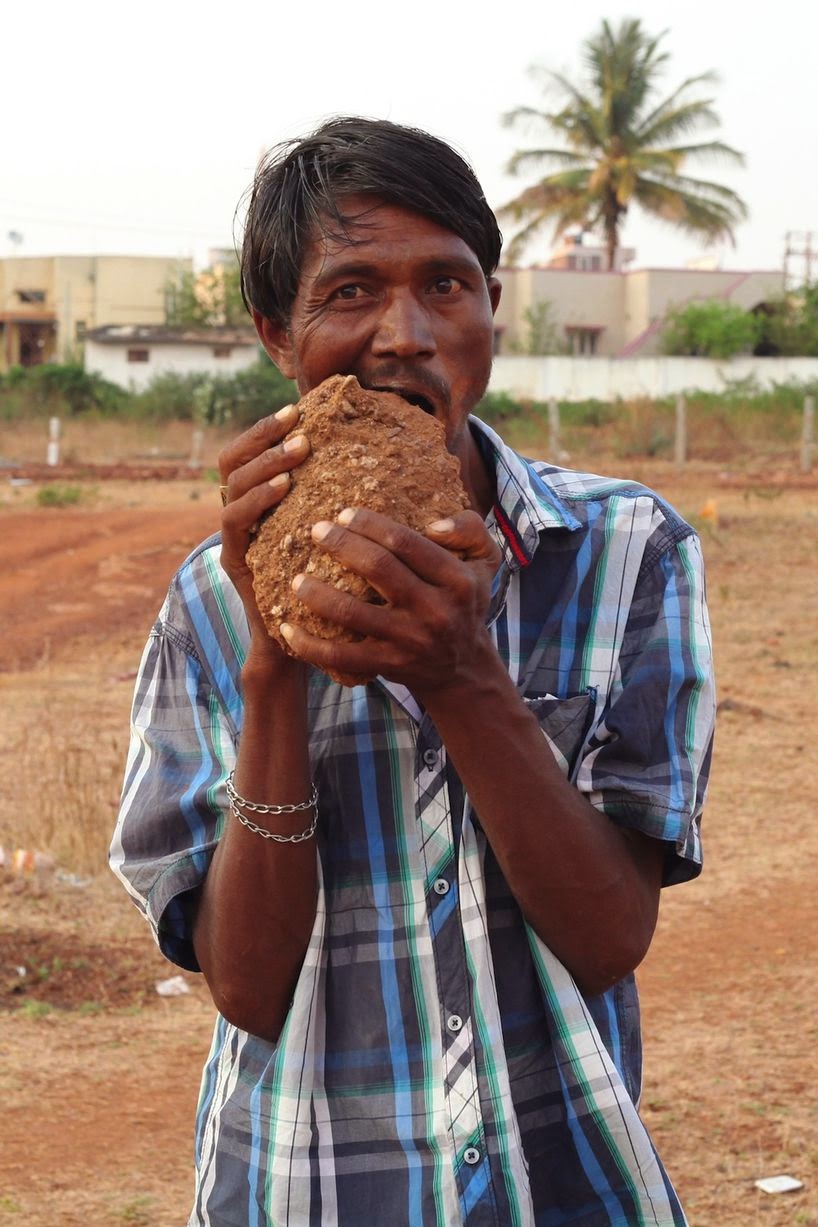 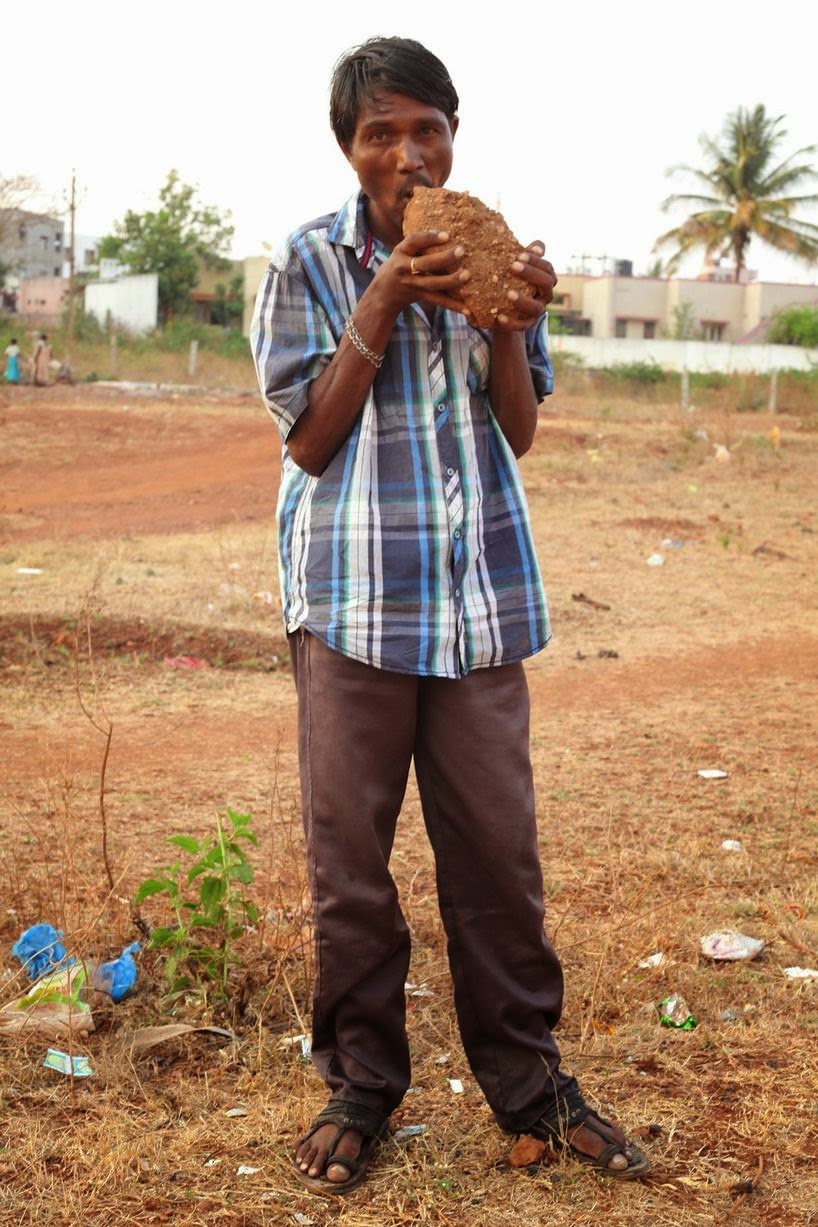 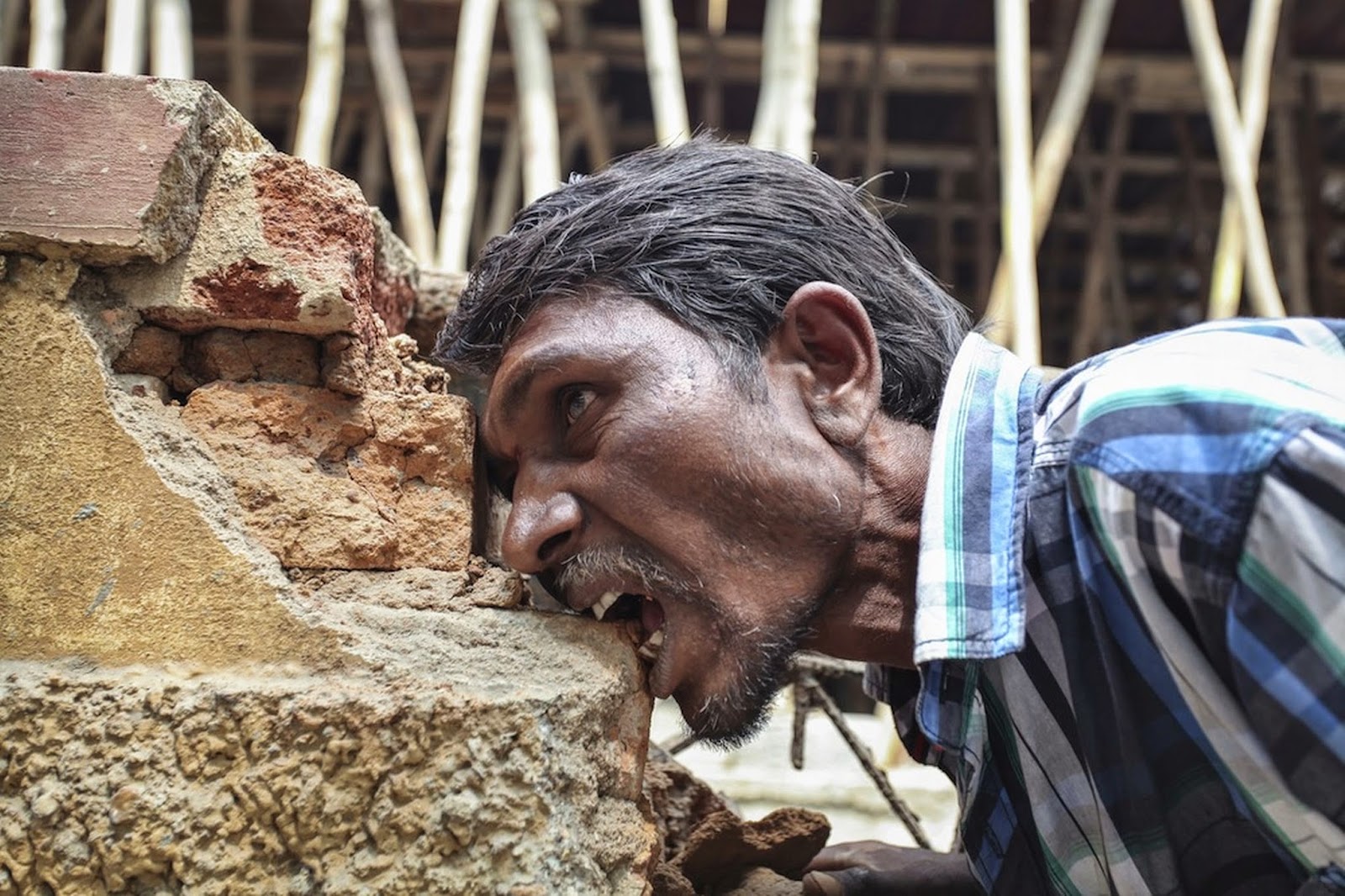 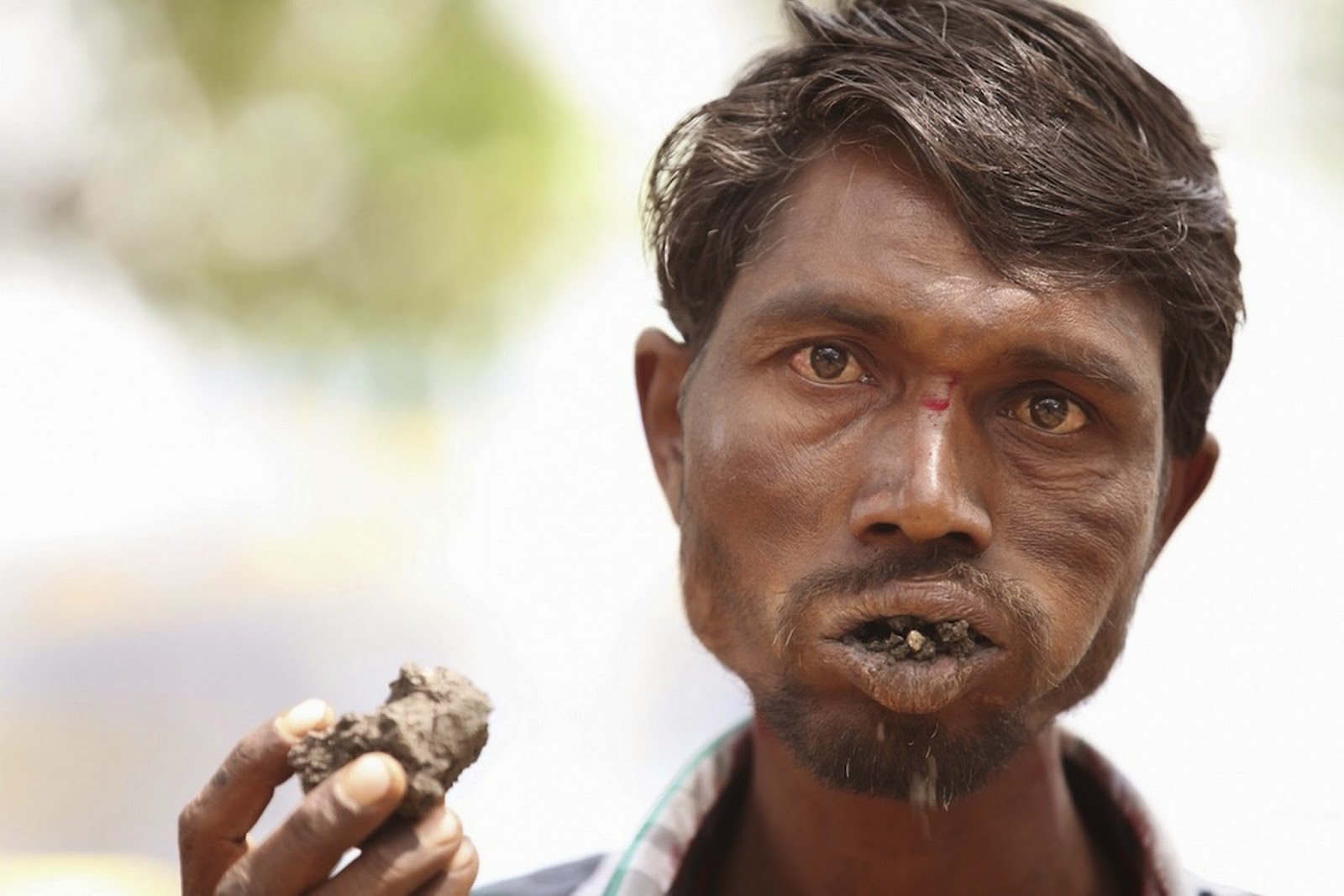 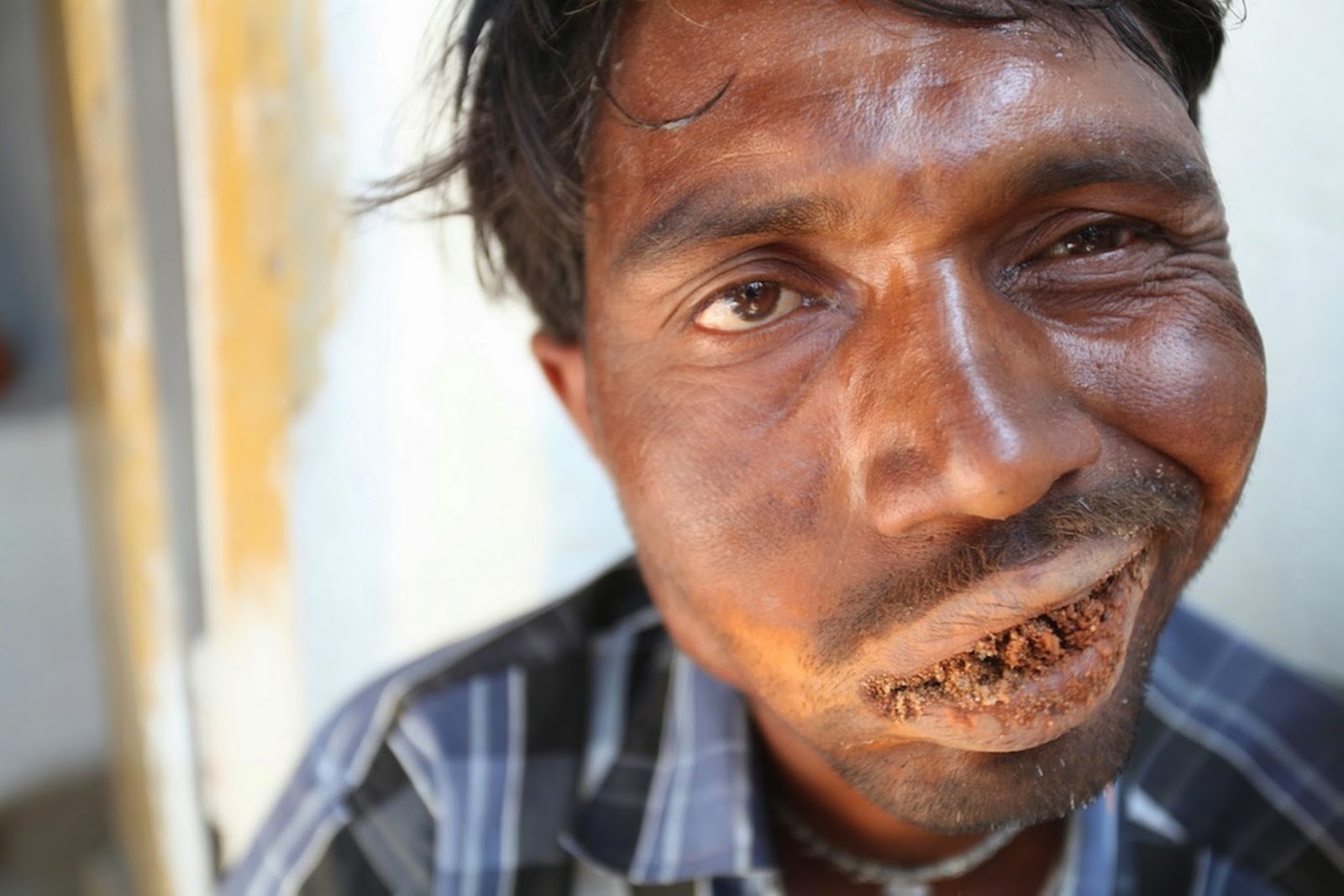 Na wa ooooo…. World of unending wonders. I don laugh tire… just look at his face in the last picture.