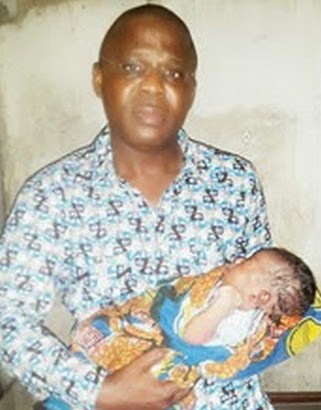 Pictured above is  Dr Oscar Odiboh, a Nigerian who returned home from abroad a while back to start a NGO named Afribaby Initiative, an organization in charge of rescuing abandoned babies on the streets of Africa.

According to him, the 2-day-old baby whose sex wasn’t known at the time of rescue was found dumped in a kiosk by the roadside last Sunday.

Witnesses told him that the baby was first sighted near Wema Bank Plc branch in Marina around 4pm before being moved to a kiosk in the area by an unknown individual.

The Good Samaritan who runs the NGO received a distressed call around 4:30pm and called police before heading to the place where he rescued the baby. 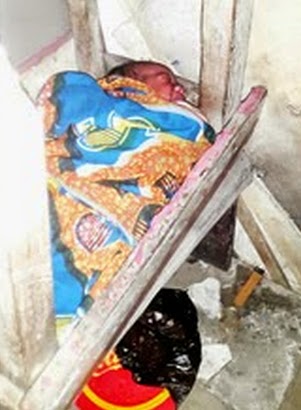 The baby has been handed over to Lagos State Government.

What kind of mother will abandon an innocent child.