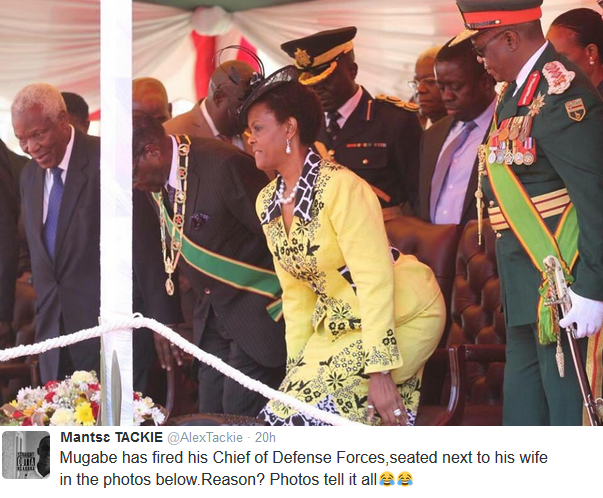 President Robert Mugabe of Zimbabwe has sacked his CODF for allegedly checking out his wife’s behind.

As you can see in this photo, General Constantine Chiwenga looks so comfortable with 50-year-old Mrs Grace Mugabe. 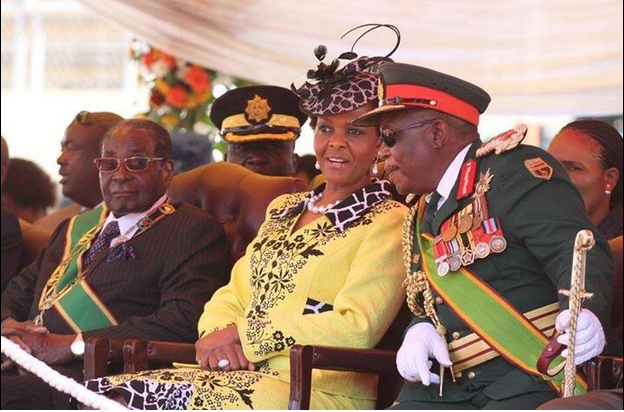 Jealousy is written all over 91-year-old Mugabe in the above photo as his wife got carried away by the General.

Well days after the function, he ordered Chiwenga fired for allegedly staring at his wife’s butt and for being too close to her.

So the old man still dey jealous. Wetin e wan use mama do again at this age.