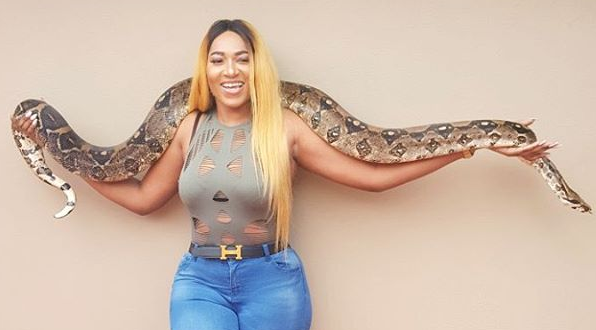 If you think Oge Okoye is the only actress known for undying love for snakes, think twice, another actress who recently expressed her love for snakes is Rukky Sanda.

The Ghanaian-Nigerian actress beauty queen recently travelled to South Africa where she had an awesome time with animals including lions and snakes.

She posted the pictures of her encounter on Instagram and even uploaded a video of a snake slithering across her body while she caressed it in a loving manner. This left many of her fans wondering how she managed playing with the creatures.

See her in action. 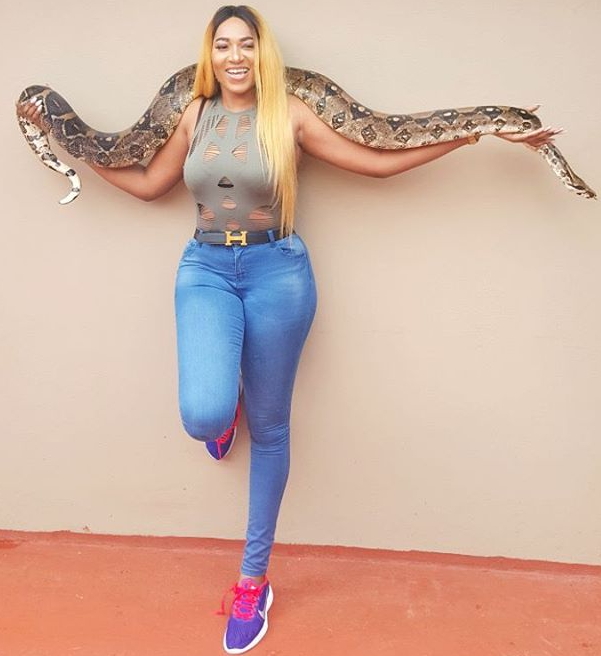 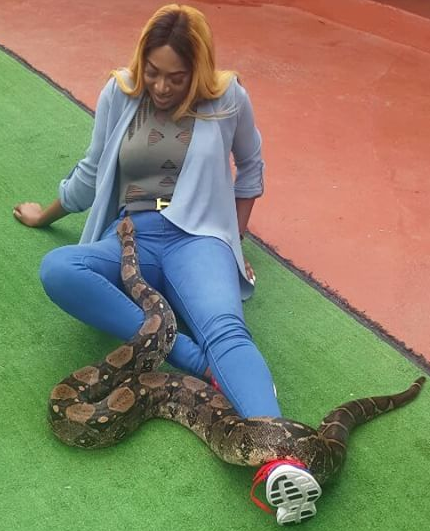