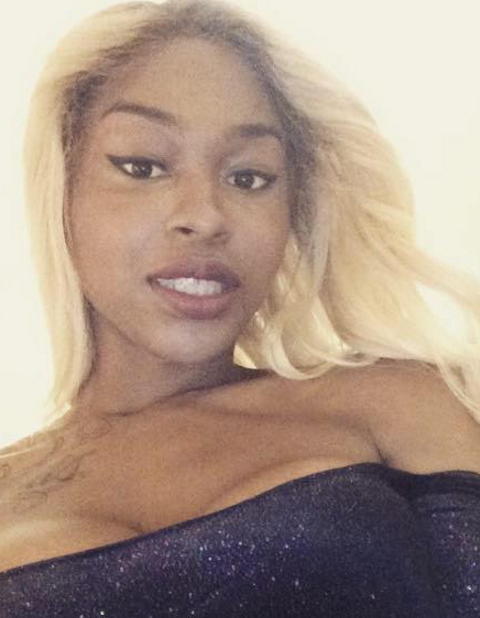 An American stripper of Nigerian descent, Iyana Sade Llanos is currently recovering at the hospital.

The 25-year-old reportedly stripped herself naked following a confrontation with Miami Police officers at The Office Gentleman’s Club in Miami where she worked.

Before police were called in, Sade and another woman engaged themselves in a screaming row outside the club.

When the situation got out of hands, police came in and confronted her, she then started taking off her clothes as she continued to shout at them..

The officers reportedly told Sade several times to put her clothes back on but she refused.

With the intervention of some female officers, Sade was wrapped in yellow blanket and bundled at the back of the police car.

On the way to the station, she kicked her way out of the police car and sustained minor injuries.

She is currently receiving treatment at Jackson Memorial Hospital in Miami Florida.

Iyana Sade is set to head to jail after treatment. 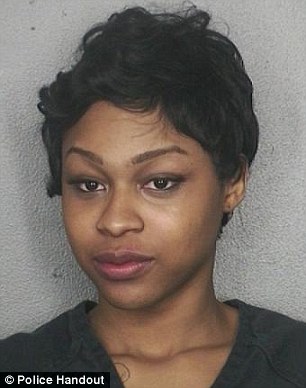 That is Sade in yellow blanket confronting the officers. 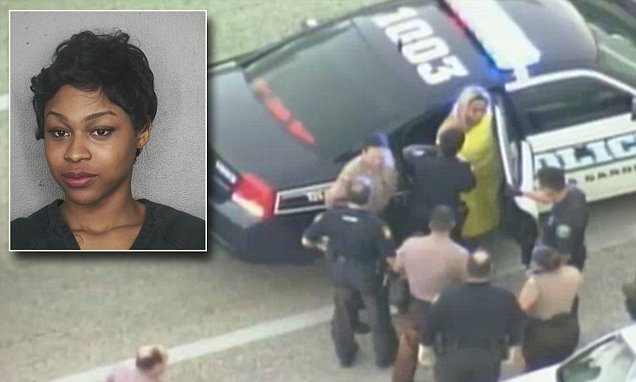