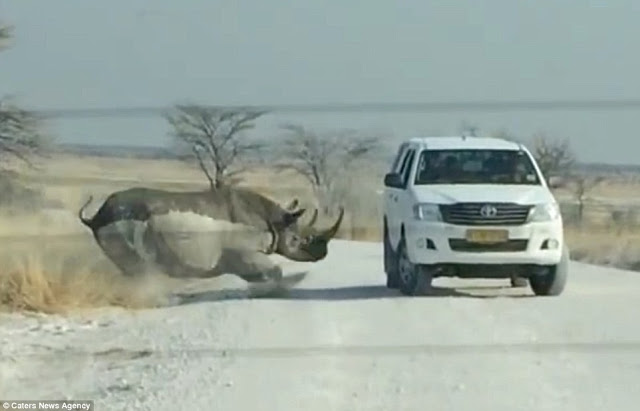 Check out this video of an angry Rhino attacking innocent tourists at Etosha National Park in Namibia.

In the video shot by Alexandra Poier, the rhino felt threatened by the presence of the vehicle.

The wild animal charged straight into the group of tourists trapped inside the white jeep.

Though the tourists were not injured, they felt visibly shaken after the attack.

Luckily they managed to speed off. 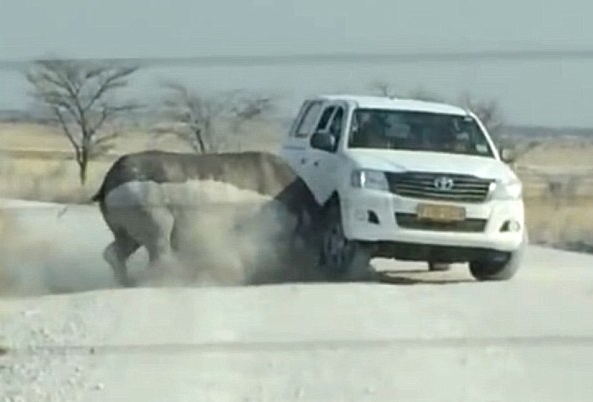 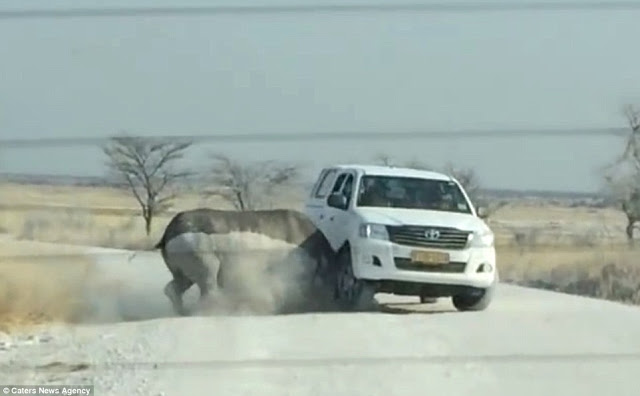 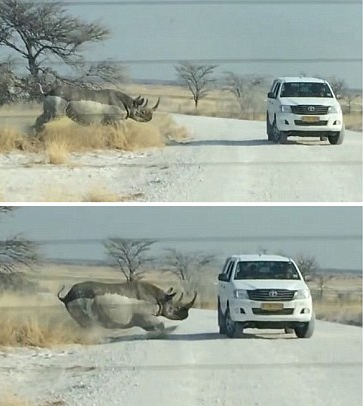 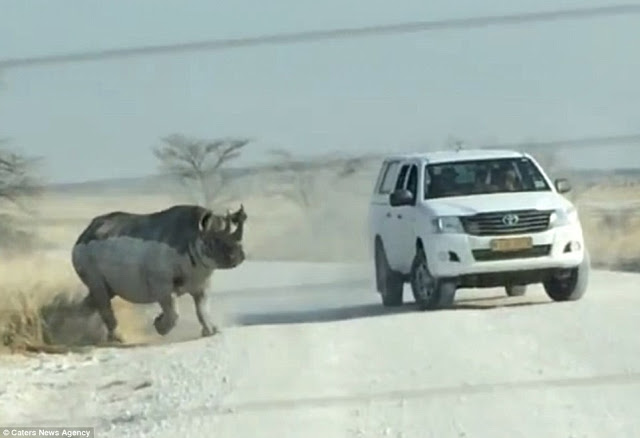