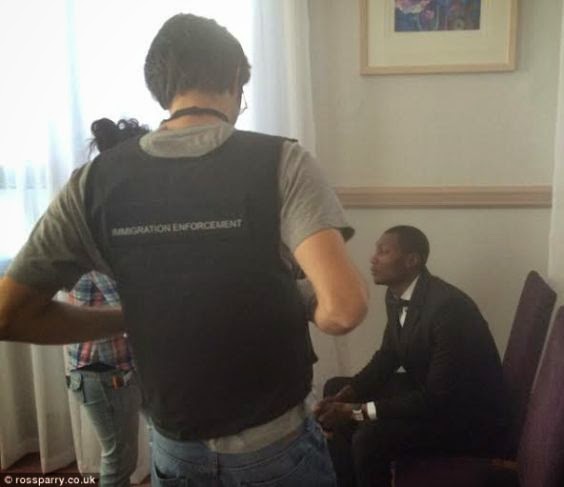 In a bizarre twist to a wedding ceremony, a Nigerian man identified as Joseph Iwueke and his bride-to-be were arrested moments before their fake legal marriage.

The marriage registrar reportedly called police on the couple while they were struggling to spell each other’s name before the ceremony began.

30-year-old Joseph was also accused of reading the bride’s detail from the back of his hand…. na wa oo

29-year-old Slovakian woman, Ingrida Stojkova was accused of conspiring to marry Joseph in order to allow him to stay in Britain permanently.

Check out photos from the arrest below: 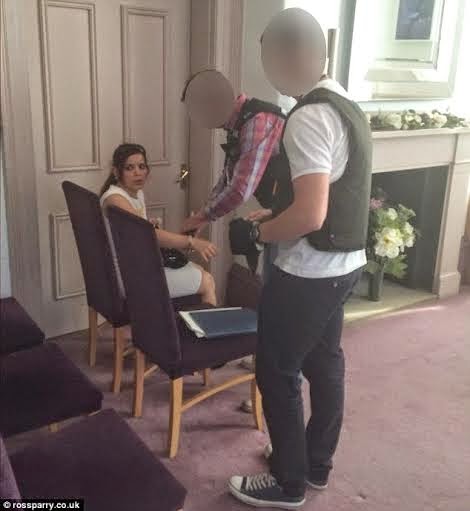 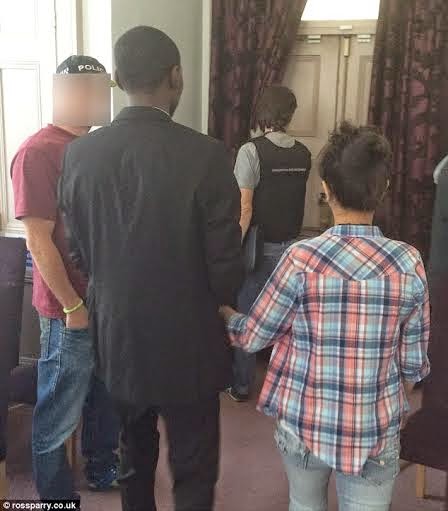 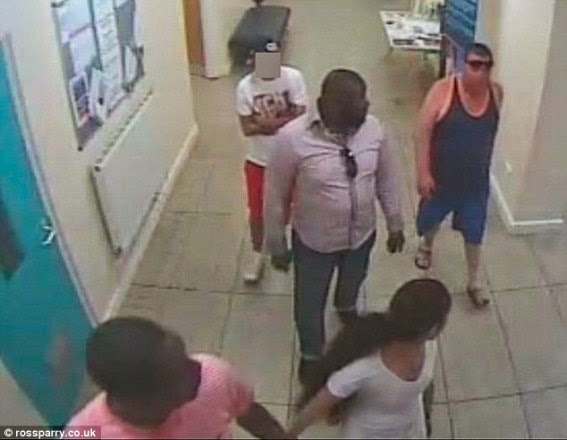 Imagine writing the bride’s detail on the back of his hand…Chai! the Naija guy dull ooo.