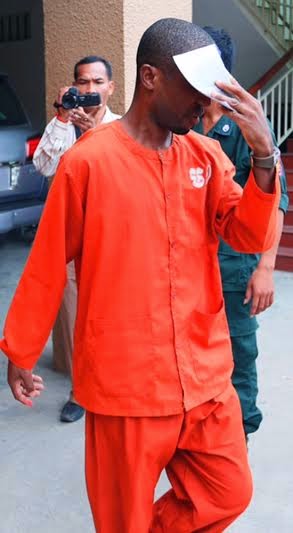 Pictured above is a young Nigerian identified as Ekwegbalu Ugochukwu Udok, a resident of Cambodia.

He was arrested last year December after a 27-year-old Norwegian woman, Nodia Ebert reported him to the police.

The suspect allegedly attacked his victim after he offered to give her a ride as she stepped out of a night club.

Im Vanak, the judge who presided over the case said;

“Udok pretended to be a taxi driver, and asked her to take a ride from him. He said that he would bring her to the Okay Boutique Hotel, but instead, he brought her to his rental house. After arriving at his room, he raped her.”. 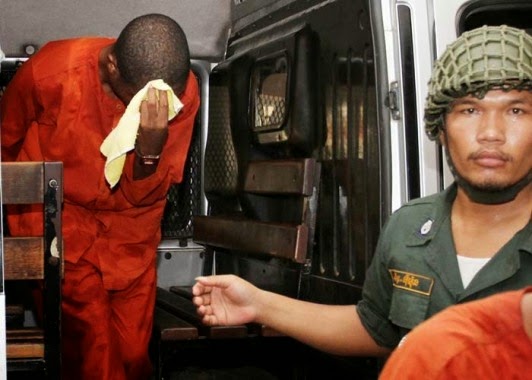 Udok who claims innocence told reporters outside the court house that he will appeal the verdict.