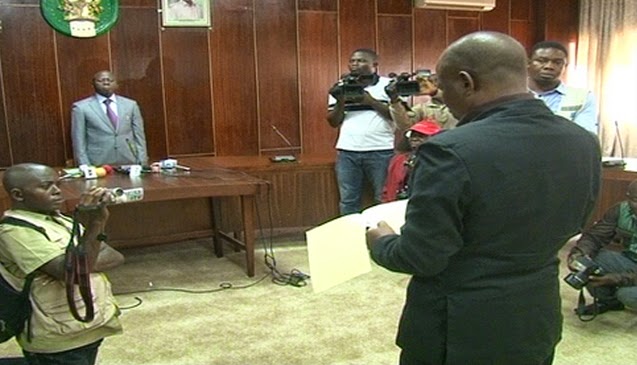 Comrade Adams Oshiomhole today disgraced the newly sworn in Chairman of Etsako West LGA of Edo State, Alasa Mohammed after his swearing in.

The former vice chairman wept bitterly after Oshiomhole accused him of being the brain behind the protest that led to the death of his former boss, Prince Hassan Kadiri.

Oshiomhole accused Alasa of sponsoring a protest staged to demand the immediate removal of the late Etsako Council Chairman who was bedridden at the time.

The newly married governor said he will not tolerate unhealthy political rivalry in the state.