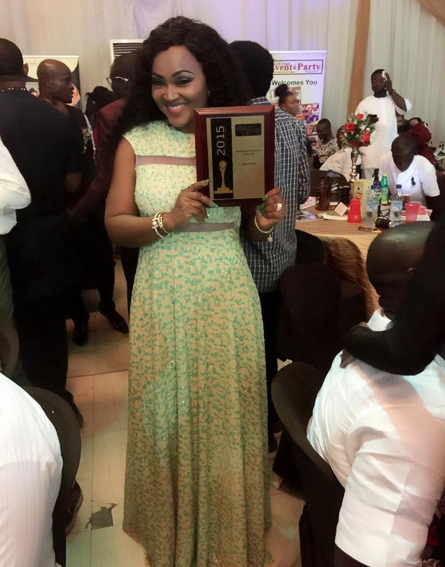 Yesterday, Mercy Aigbe emerged a winner in one of the two categories.

See photos of Mercy Aigbe at the event below: