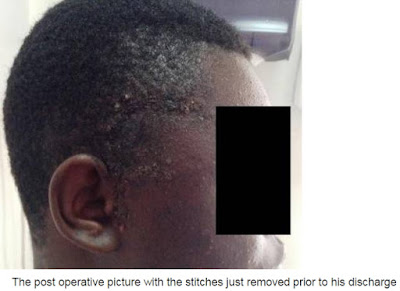 May 8, 2016 – Pictures: Nigerian Surgeons Save Motorcyclist, Okada Rider Stabbed In The Head By Robber In Abuja

The victim, a commercial motorcyclist took a man to his destination in Abuja on the fateful day.

On reaching his destination, he requested for his fare of N300 but his passenger shocked him after he brought out a dagger and stabbed him on the head.

Instead of stopping or falling off the bike, Kabiru summoned courage and drove off with the dagger stuck in his head.

His situation caught the attention of other motorcyclists who quickly took him to the police station to lodge complaints before he was taken to Pan Raf Hospital in Nyanya area of Abuja for treatment.

Dr Biodun Ogungbo, one of the Surgeons who carried out the life saving operation on Kabiru said the victim escaped death because the dagger didn’t damage any part of his brain.

They did a CT scan before removing the dagger successfully.

Kabiru has been discharged from the hospital. 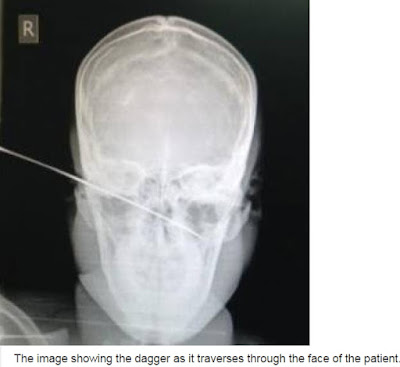 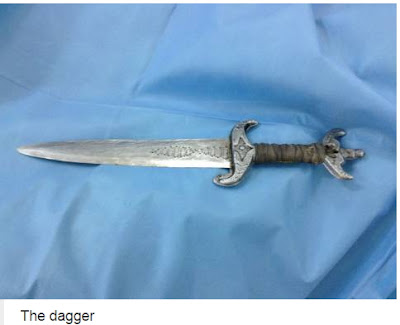 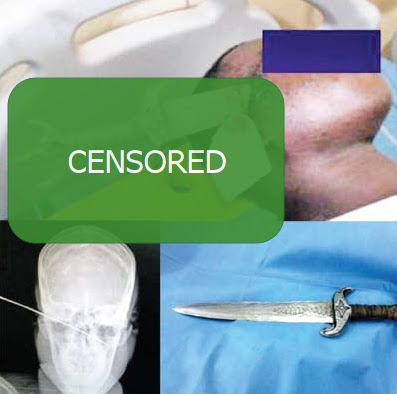