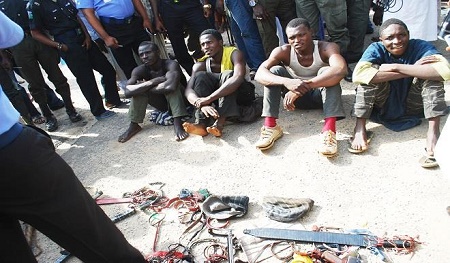 NPF says it will soon arraign in court the six-man kidnapping gang arrested recently in Kaduna.

A statement by the Force Public Relations Officer, ACP Kolawole Olabisi said today that the arrested kidnappers, have been terrorising Kaduna and Zaria area of Kaduna State. 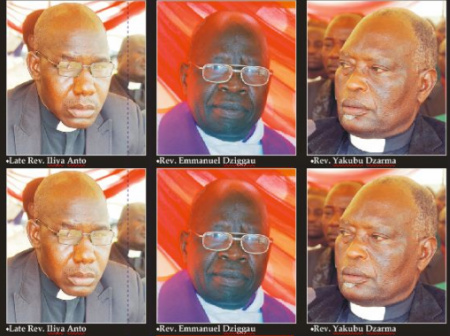 The gang was responsible for the abduction of Rev Yakubu Dzarma, Rev Emmanuel Dziggan and Rev Illiya Anthony on 21/3/2016, at Dutse village in Kaduna State while Dan’Azumi Mohammed was kidnapped alongside her sister, Hajara Mohammed on 14/4/2016 at Andun Jangwan village in the State, by the same gang.

Though they were all were later freed, Rev Illiya Anthony died in the custody of his abductors.

“The arrest of these kidnappers is indicative of the Force commitment to the fight against all forms of crimes and criminality in the country.

“The IGP while commending the Force Intelligence Response Team (IRT) and other Police operatives involved in the arrest of the suspects for their dedication and professionalism, said that efforts are ongoing to apprehend the fleeing members of the gang.”

Continue Reading
You may also like...
Related Topics:Kaduna, kidnappers, pastors