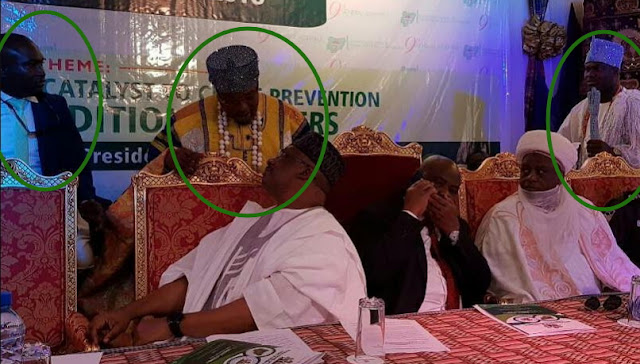 Feb 3, 2018 – Photos: The Moment Ooni Of Ife’s ADC, Bodyguard Warned Oluwo Of Iwoland To Allow Ooni To Pass Before Pushing Him Aside When He Refused

The Oluwo of Iwo has released a press statement accusing  the Ooni of Ife of ordering his security details to push him out of his way at a function in Port Harcourt on Tuesday.

Here is the press statement he released with photo evidence. 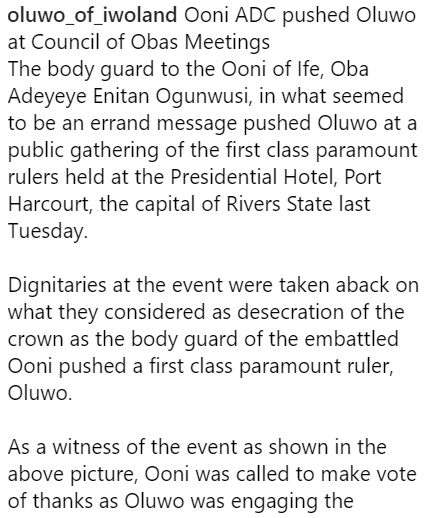 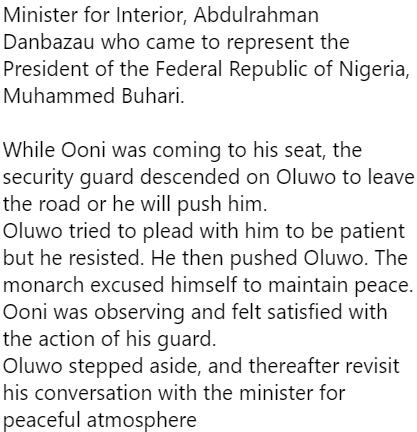 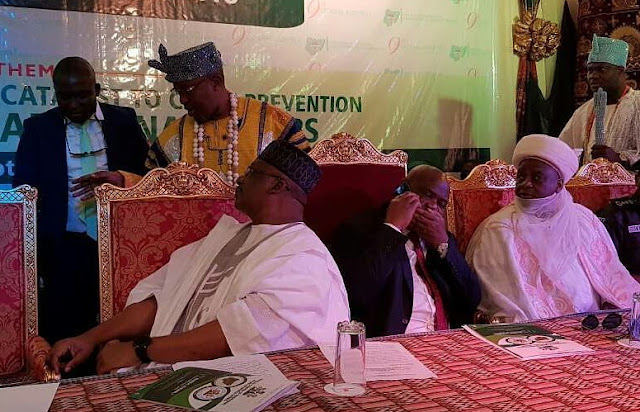 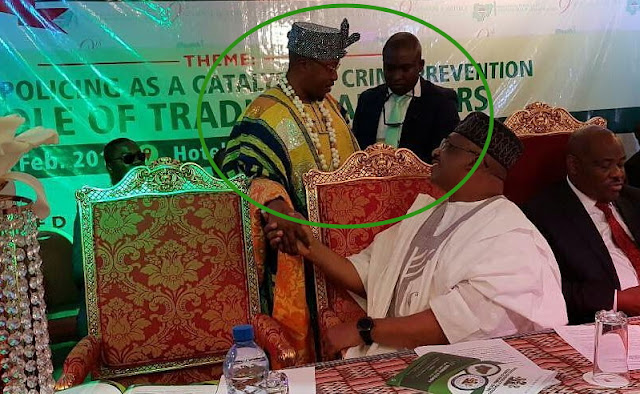 Courtesy demands that you give way to whoever is trying to pass.

Ooni is one of the most revered Kings in Yorubaland for crying out loud.

As a Yoruba monarch, Oluwo ought to have honoured the Ooni of Ife without going this far.

Is he trying to prove that his rank is higher than the Ooni or what??.