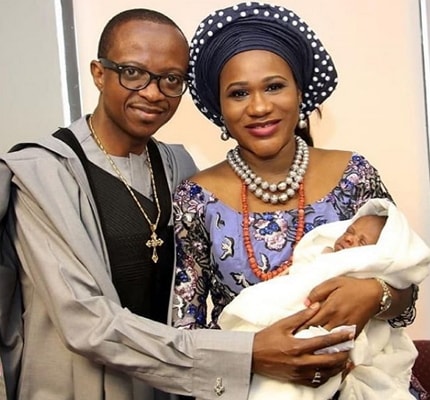 Tuface Idibia’s ex lover and the mother of his two sons who welcomed her third child, a baby boy in the US last week did his naming on Saturday night. 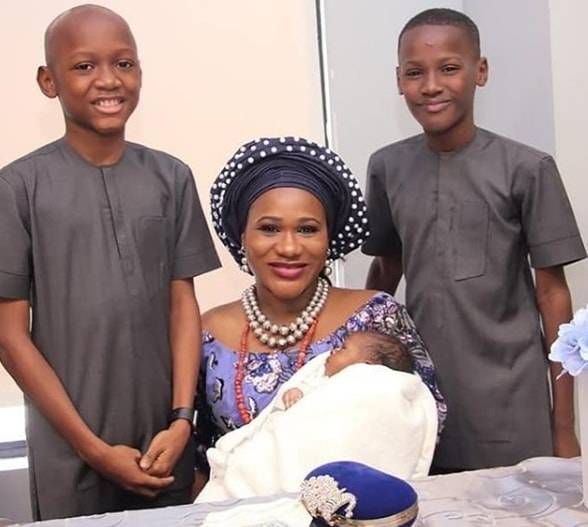 The event which held in West Haven, Connecticut was witnessed by friends and family members of the couple, Pastor David Adeoye and Sumbo Adeoye nee Ajaba.

The couple who celebrated their 5th wedding anniversary on Sunday took to the social media to share photos from the joyous occasion with fans.

In a testimony she posted alongside these photos, Sumbo said she had 4 miscarriages before God finally answered her when she stopped trying.

Here is her testimony:

”What I carry in my hand is a miracle from God. We went through so much but to God be the glory, David is here. I can’t count the number of losses. I have been pregnant every year since I got married. Finally David is here. He came when I was like I don’t want to keep taking babies from my womb. I am tired. That was when God decided to say Okay, I am taking over the wheel and God just gave me this one”.

See photos from the naming ceremony below 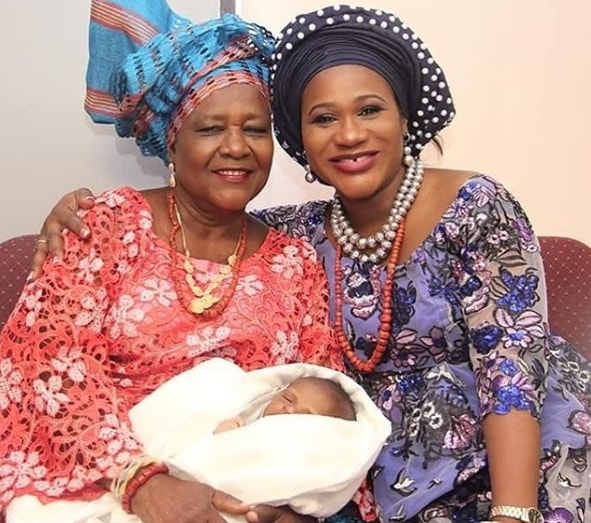 Sumbo with her mother 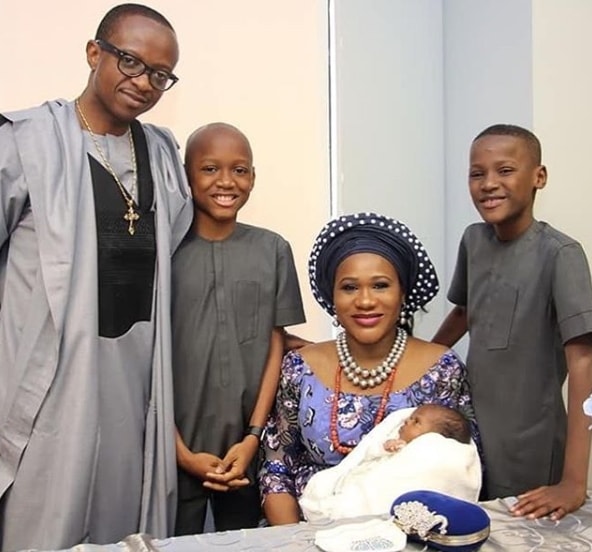 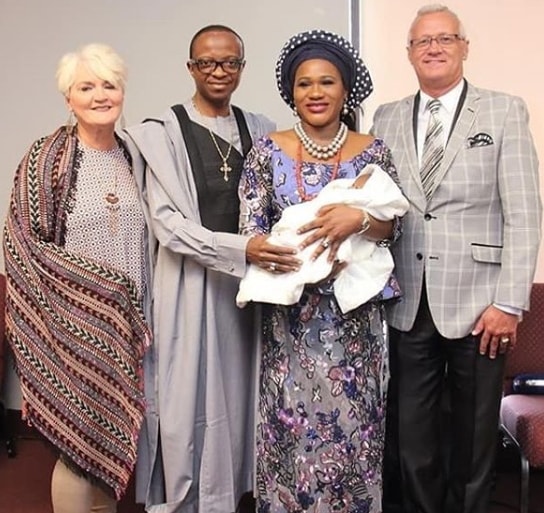 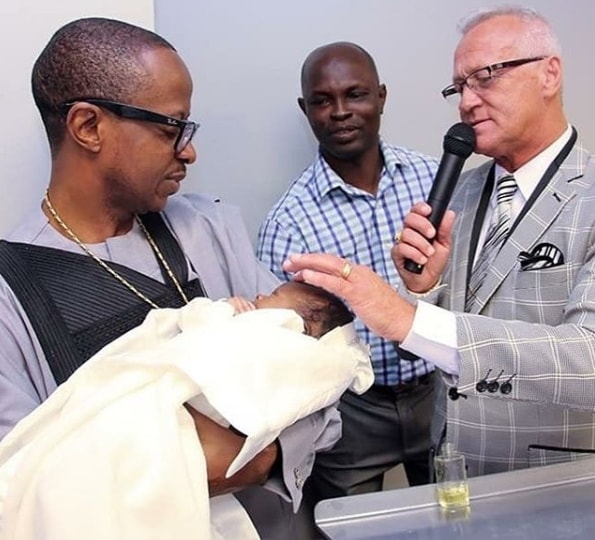