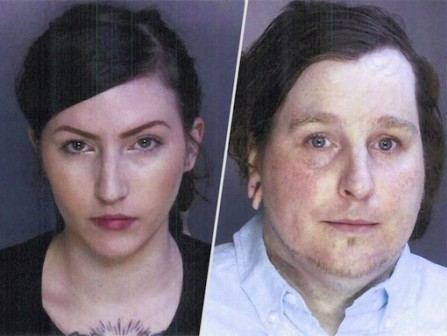 A Pennsylvania couple who brought their unconscious 23-month-old daughter to the hospital in February claiming she was sick were charged with murder on Thursday after an autopsy revealed the toddler allegedly starved to death, PEOPLE confirms.

According to the criminal complaint obtained by PEOPLE, when parents Andrea Dusha and Michael Wright brought their daughter, Lydia Wright, to the hospital, they allegedly told doctors Lydia had been drinking “a mixture of water, Gatorade and pedialyte from a sippie cup” when her eyes “rolled into the back of her head, foam began to emit from [her] nose and mouth, and [she] quit breathing.”
Doctors attempted to revive Lydia but were unsuccessful. 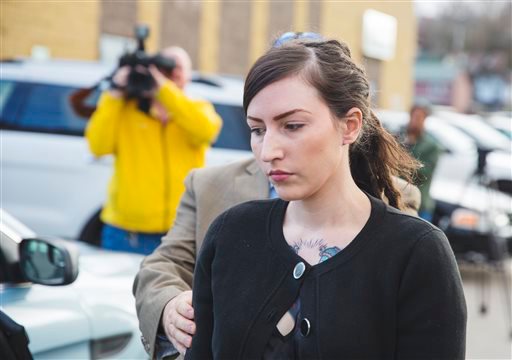 An autopsy conducted the following day determined the cause of death was homicide as a result of malnutrition and dehydration, the complaint states. The medical examiner reported that Wright weighed 10 pounds; the average toddler weighs between 20 and 25 pounds, according to authorities.

During their investigation, police searched the home of Dusha and Wright and allegedly discovered “deplorable conditions.” Rooms were allegedly cluttered with objects, making it hard to walk through, and there was allegedly no running water or sewage system.

According to the complaint, the family allegedly urinated in empty soda and juice bottles and disposed garbage in plastic bags kept on the floor. Police allegedly discovered a high chair covered in excrement and a grocery bag filled with used tampons, the complaint states.

The condition of the home was allegedly “unsuitable for children to be living in,” the complaint states.
The couple’s two other young children are currently with child protective services, Fayette County

District Attorney Richard Bower tells PEOPLE.
Dusha and Wright have not yet entered a plea.