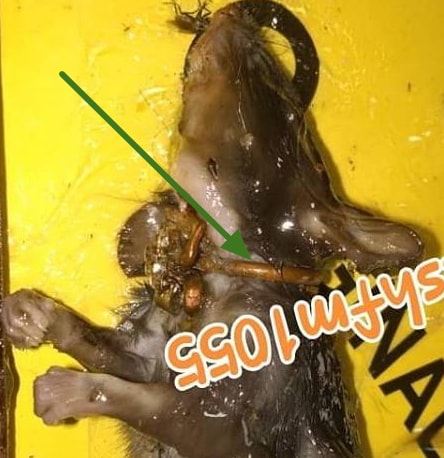 Check out what a rodent trap caught recently in a rat-infested shop in Igbo Ora town, Oyo state.

A trader was shocked after seeing what her trap had caught over night.

According to the anchor of Aditu show on Splash FM Radio, a trader, Mrs Mariam Rasaq saw the strange rat with a suspicious ring around its neck and alerted neighbours.

Although many later argued that its a man turning into the rat to persistently disturb traders in the area, the dead animal was later disposed off hours after it refused to turn into human.

The shocking discovery caused a bit of tension in the area. 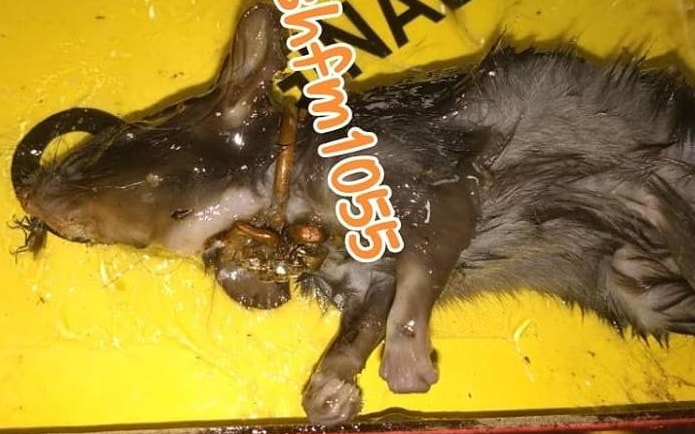 Wonders shall never cease to happen in this part of the world.

How can someone explain how the ring got into the rat’s neck in the first place… chai!!!!!! wickedness of the highest order.