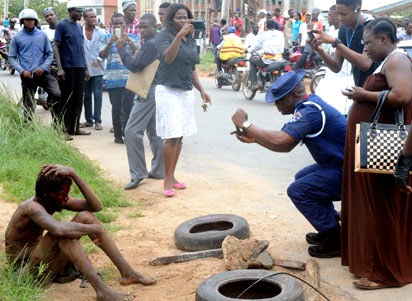 In what sources called revenge on ritual killers, another suspected ritualists has been stoned to death in Ibadan days after the discovery of a large ritualists dungeon in the capital city of Oyo state

A suspected ritualist was mobbed to death on Tuesday by an angry mob when he was caught with 3 fresh human tongues.

The ritual killer who disguised as a mad man was caught in Ring Road area of Ibadan SW LGA.

The suspected ritualist who had been staying by the side of the newly constructed bridge at Oni and Son bus stop was said to have been perpetuating the evil acts for some months now.

An eyewitness account who spoke under anonymity disclosed that, luck ran out on the middle aged man when some residents of the area who have been suspecting his movement discovered his notorious act and decided to deal with him with the support of the police.

It was gathered that while searching him, over 400 campaign posters of a governorship aspirant was among the items found under the bridge where he kept his loot and dangerous weapon.

Also, various bra and pant of different sizes were found with female clothes who were believed to be his victim.

Another eye witness said, “Human bones and tongues were also found at the scene.”

When police came to the scene, he was found unconscious and gave up the ghost on the spot. 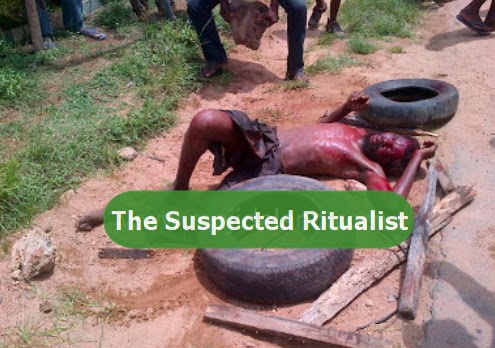 She said it was on a forensic test that could confirm whether what was found on him was human tongue or not.

What is a mad man doing with weapon….na wa o